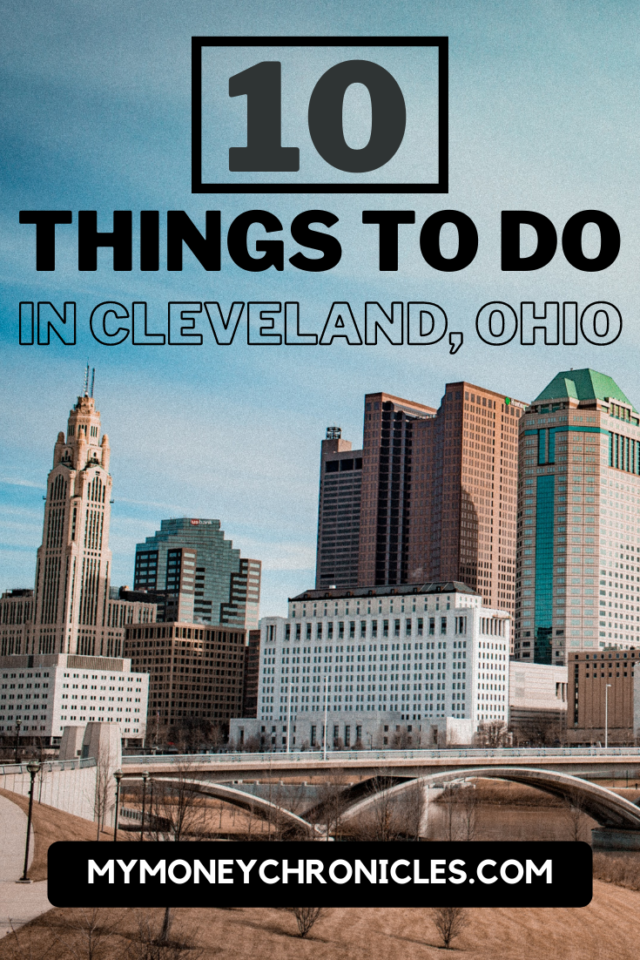 I hope everybody had a good Memorial Day Weekend. I was finally able to take a break from the grind and get out of Atlanta for a few days. I had the chance to visit family in Cleveland, Ohio for the first time.  The trip was much needed. I got to clear my head and actually sleep past 7 AM for a couple of days. I also spent less than $400 total for everything (flight, entertainment & souvenirs). Being the 2nd largest city in Ohio, Cleveland has a lot of things to offer. Here are ten things for you to do in Cleveland.

The Pro Football Hall of Fame

Technically the Pro Football Hall of Fame is in Canton, Ohio. You can get there in about an hour from Cleveland.  If you love the NFL, this is a can’t miss venue. There is so much for you to see and do at the hall. My cousin and I were there for an hour and thirty minutes. We didn’t even get to see everything. One of the workers there stated that the recommended time for visiting the hall is 3 hours. I definitely have to come back. Below are a few pictures. If you like to gamble, you should check out the Horseshoe Casino. The casino opened a little more than three years ago. It is in the heart of downtown Cleveland. I’m not a big gambler, but I do like to visit casinos when I can. Horseshoe isn’t the largest casino that I’ve been to, but it had a good amount of slot and table games.

Cleveland has teams in all 3 of the major sports. Depending on when you visit there is a good chance that either the Browns, Indians, or Cavaliers are playing. Ironically during my visit, the Cavs were playing my Atlanta Hawks in the Eastern Conference Finals. I’m glad that I didn’t try to get any tickets to the game. We lost and eventually were swept in that series. The Indians were in town as well. One of the reasons I visited Cleveland when I did was to see them play. I ended up going to the Indians game that Sunday. Progressive Field was very nice. It is one of the best MLB ballparks that I’ve been to. I wasn’t able to visit the Rock & Roll Hall of Fame during this trip. I love music so I will make sure that I check it out next time. If you are a fan of music, this place should be on your bucket list. Some of my favorites such as Prince, Michael Jackson, and Marvin Gaye have been inducted into the hall. It is located on the shore of Lake Erie. The museum is usually open year-round. For more information about it, go here.

This is another place that I wasn’t able to visit due to time constraints. The Great Lakes Science Centers exhibits focus on STEM. They also have a huge NASA exhibit.

The Playhouse Square Center is located at the center of Cleveland’s famous and much-loved performing arts scene. It has nine impressive theaters, including The State and The Palace theaters. Most theaters were built during the 1920s and after being run down, locals provided their support to restore the buildings to their former glory and saved them from destruction. The restoration took place in the 1990s and was hugely successful. The staff is always great and the venue is always clean. Such a beautiful piece of history.

One of the oldest zoos in the USA, Cleveland Metroparks Zoo is located just outside of the city center of Cleveland. It is home to animals ranging from great apes such as the Western Lowland Gorilla to aquatic species and fishing cats.
If you are not scared of insects, then you can even check out the insectarium. The zoo is known for the largest collection of primates in North America and botanical gardens all year round.

Started in 1912, The West Side Market in Cleveland is the oldest operating market in the city. Located right at the corner of West 25th Street and Lorain Avenue of the city neighborhood. The National Register of Historic Places has included this historic market in its list. In 2002, it underwent restoration work, this helped to regain its popularity and regularly attracted visitors, gourmets, and souvenir shoppers. The market house still retains its 1912 charm and is very popular among tourists. The market operates five days a week and has more than 100 sellers. Best place in Cleveland to get local fresh foods such as meats, dairy, fruits, baked goods, fish, and more. All very good, and affordable!

Located inside the FirstEnergy Powerhouse, the Greater Cleveland Aquarium is a lovely place to visit if you enjoy marine life. It features 55 exhibits that explore all of the local and exotic species of fish. The visitors also have the opportunity to learn about the freshwater fish that inhabit the world’s lakes and rivers. The aquarium’s mission is to teach people about marine life and how to preserve them.

Located on Public Square in downtown Cleveland, Terminal Tower, was the second-tallest building in the world when its construction was completed. You can experience the best view of the city from the observation deck of this building. It has 52 floors and is 235 meters tall. It’s not open every day, however, a trip to the top can be arranged easily. Simply visit the place, buy your tickets for $6 and go through security before riding the elevator to the top of the building. The views are impressive, whether day or night.

Have you ever been to Cleveland? What is your favorite tourist attraction there?

Check out some of my other travel posts:

The Best Places to Travel in Paris

How to Plan an Epic Cross Country Road Trip

15 Things to do in Savannah 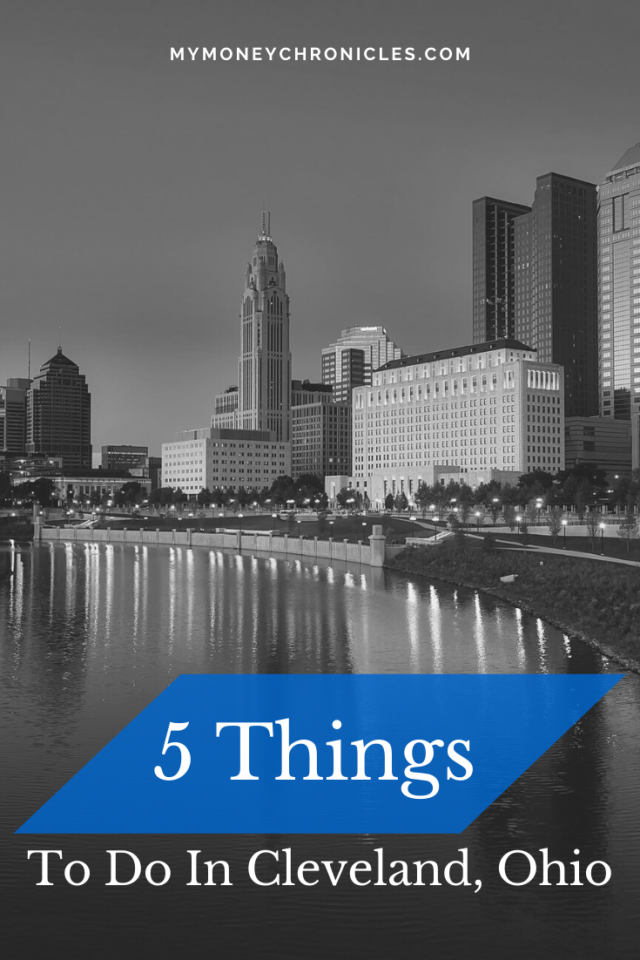 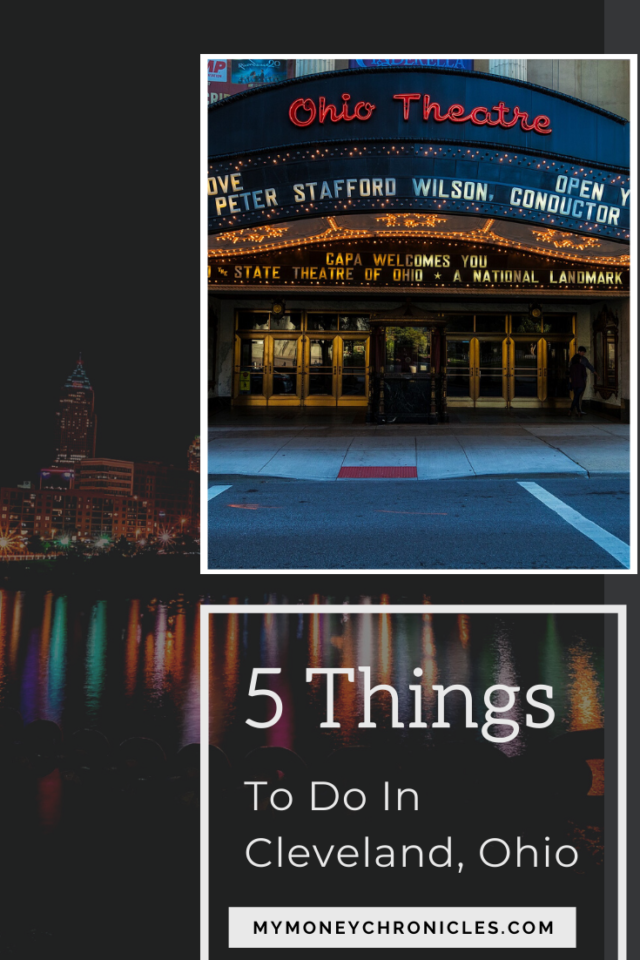