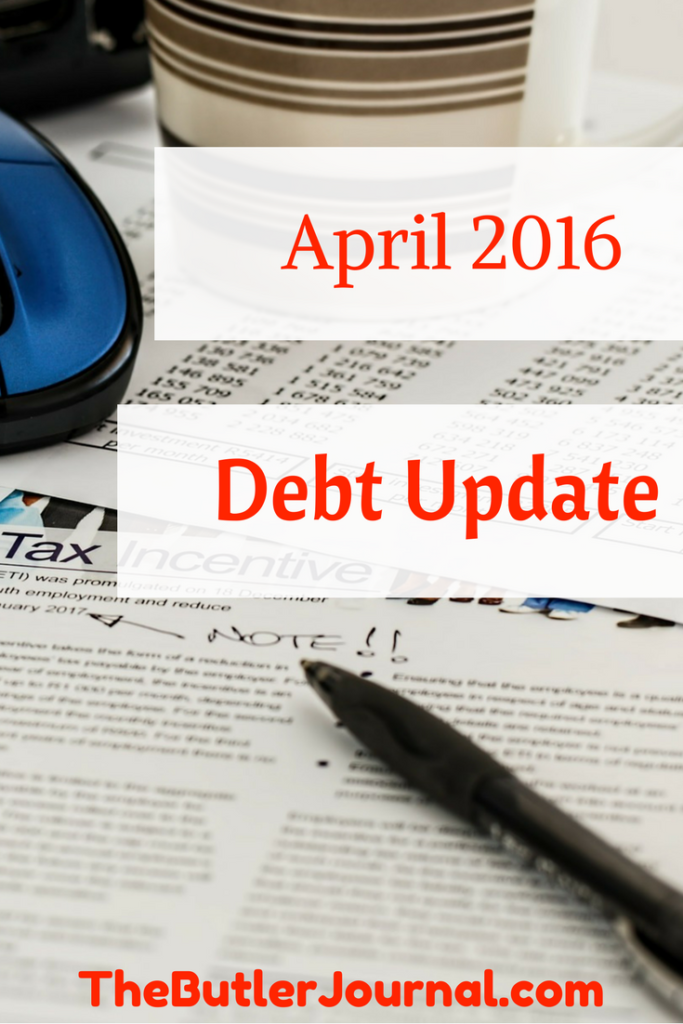 Happy Friday everyone. For those who are new here, I’ve been actively paying on my debt since January 2015. Below is my April 2016 Debt update:

I like the fact that all the numbers are getting smaller. The Wells Fargo loan should be even smaller in my next update. I won a contest sponsored by LendEDU. The prize was a $250 payment on your student loan. It should be applied to my Wells Fargo account by then.