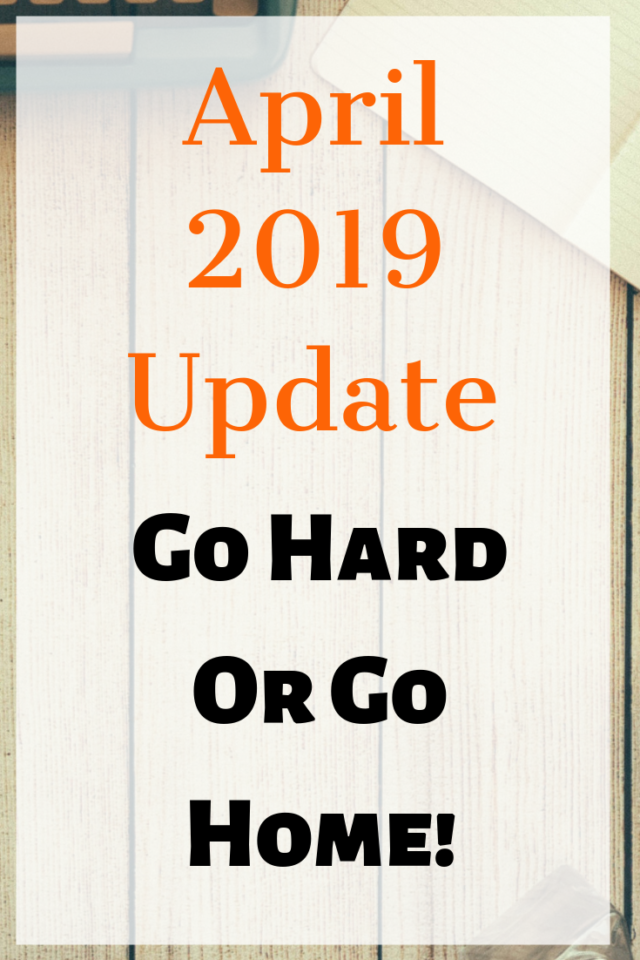 April has been a good month. From April 6th – April 16th, I was in Europe on vacation. My girlfriend and I visited London, Paris, and Brussels. We had a great time. In the upcoming weeks, I’ll be sharing several posts about the trip.

I’ve been back for a couple of weeks and I’m ready to make things happen with my business and my debt. One thing that’s bothering me is my progress. My debt is not going down quick enough for me. This shit is not a joke. It’s been 4 years since I started this debt free journey. After some struggles in 2016 & 2017, I started making some moves. I’ve been growing my side income, but it’s a seesaw. It’s been up and down so far this year. My eBay income has been consistent, but due to rebranding, my blog traffic isn’t where it was before. That has made the blog income very low at the moment.

I’ve been trying to do things one way and it’s not working how I envisioned it. It’s time to try something else. I had a couple of conversations with some friends and it gave me some clarity. I discussed the things that I wanted to accomplish this year and one of my friends told me that the only way that I’ll make it happen is to create more income. She’s right. I have two goals for 2019 and the way things are going now I won’t reach either of them. That’s unacceptable. I’m focused on generating more income.

How do I plan on doing it?

I have to get a higher paying full-time job. I’ve been applying seriously for a few months now. I’ve had a couple of interviews. I even received an offer last year, but it was a low-ball, so I declined it. The job search continues. I struggle with this because I have a lot of downtime at my current job. I can do a lot of side business things during the day there. It’s not enough though, because the side income isn’t growing fast enough. Because of that, I have to find another full-time job.

I have to find a part-time job that will allow me to work 3-4 shifts per week. That extra money will be used to eliminate this credit card and car note debt sooner. Those debts aren’t that high. I want to knock them out so that I can get this snowball rolling to my student loans. I’ll also be able to put some of this money made from the part-time job into the business. Do I want to get a part-time job? Hell no, but sometimes you gotta sacrifice to get to a goal. It will be temporary. Who knows, the side hustle income could triple next month. If that happens, I wouldn’t even need to get a part-time gig.

I’m going to go harder with eBay. I’ll be experimenting with different items. I’ll also be promoting the store even more. Check out Atlanta Mart today. You may see something that you like. I’m also going to promote my existing t-shirts and create some new designs as well. Last month, I made my first sale on Merch By Amazon. That was motivation. With the right designs, I’ll be able to make much more.

I’m raising the price of my course to $77 on May 1st. I’m also going to share more of my eBay tips on IG. If you are interested in learning how to make money with eBay on the side, check out my course here.

In 2013, I created an ebook. I haven’t promoted the book in years, but surprisingly I’ve made a few sales in the last six months. I figured that I should create another ebook on a topic that I’m currently interested in. I’ll be releasing an ebook on eBay in the upcoming weeks. I’ll be sure to share it with you when it’s complete.

Once I make enough consistently with my side income, I’ll more than likely quit the part-time job. As I stated earlier, I’m not the biggest fan of getting a PT gig, but desperate times call for desperate measures. I realize that what I’m currently doing isn’t working 100%, so I’m down to work harder to get this shit done. If I don’t, I might as well just say fu&k it and keep this debt and be like most of society. I refuse to do that though. I want freedom and one of the steps to getting there is eliminating this debt and generating more income.

On another note, below are five items that I’ve sold online this month. They were sold on eBay and Poshmark. 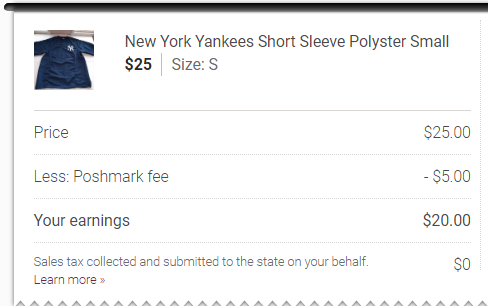 Last but not least, I got these boots for free. I took a best offer for $60.

Posts That You May Have Missed

10 Ways to Have Fun While in Debt

How to Handle an Unexpected Job Loss

For the immediate future, the debt updates will be shared quarterly. To be honest I got tired of seeing the debt go down by only 200 bucks each month. That’s not motivating me. If anything, that shit was pissing me off. By doing new quarterly reports, the numbers will decrease by a bigger amount. That way, the reports will look like they are finally getting smaller. As of right now, the next debt update will happen at the end of June.

Have you ever had to change your business plans or ideas?