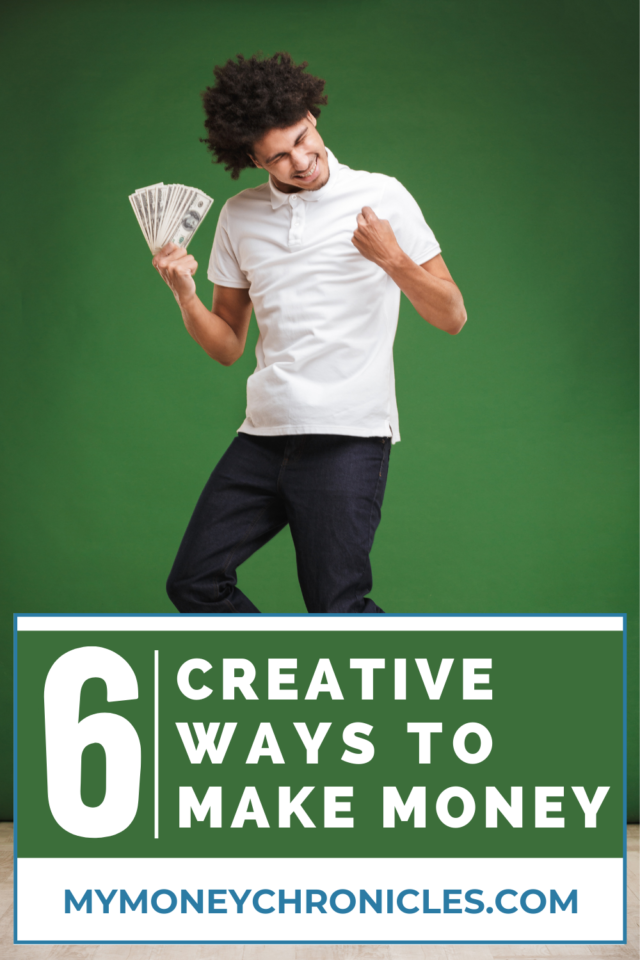 If you’ve been reading my blog for a while, you know that I enjoying side hustling. I’ve been doing it in some sort of capacity for a while. There are some creative ways to make money out there.  Over the years, I’ve tried all kinds of things. Some worked, while others bombed. In today’s post, I want to share with you six creative ways to make money. These are all things that I’ve tried. There are a few on this list that you can try as well.

When I was in middle school I had the idea to create a calendar. I’m not sure where it came from, but I ran with it. I think I sold about 10 of them. It wasn’t a large amount, but I was happy with the minor success. Those few sales helped a young kid realize that he could make a little money if he put his mind to it.

If you are good at drawing or photoshop, you should think about creating a calendar. With the right design and promotion, you could probably make a good amount of money with calendars.

The second thing on the creative ways to make money list is to sell candy. I sold candy in high school and my freshman year in college. It was easy money. Someone always had a sweet tooth. I used to sell these hard to find taffy pieces of candy called “chews”. I would sell out every day in high school. Below is a picture of the candy. Those things were addictive. Chews are not the only kind of candy that you can sell. There are tons of types out there such as Snickers, M&M’s & Butterfingers. You just need to find the candy for a good price. You can check a store like Sams.

I sold noni juice during the summer after my freshman year in college. It was the 1st time that I fell for a pyramid scheme. I got caught up in the dream of making thousands of dollars within a few months. That dream never happened. It damn near could have become a nightmare if I didn’t smarten up. I sold a couple of cases of the $45 bottle juice. I actually received a check from them. The check was for $18 damn dollars! Needless to say, I stopped selling that juice after that. That experience showed me that if something seems to go to be true, then it usually is.

This is one of the things on the of creative ways to make money list that I would not suggest you do. Pyramid schemes are a waste of time. In most cases, you will lose money.

I made a killing selling mixtapes in college. Itunes was nonexistent back then. Getting music wasn’t as accessible back then as it is now. I had a computer and an external cd burner and I knew where to find the latest music. There were times where I made $80 – $100 per day. For a college student, that was pretty damn good.

This is another thing that you can’t really do anymore. Most people don’t buy CDs anymore. There’s no reason to. Music is readily available on Spotify, YouTube, Tidal, etc.

Next up on the creative ways to make money list is to sell t-shirts. In college, I worked at the Paula Deen Store in Savannah, GA. Besides making money at her restaurant, she also sold merchandise and lots of it. I noticed that some of her best sellers were t-shirts. After seeing her success, I thought to myself, if she can do it so can I. In 2009 I designed a St. Patrick’s Day t-shirt specifically for Savannah. Savannah has one of the biggest St. Patty’s day celebrations in the country. People from all over the country come to Savannah to party and drink green beer.

That 2009 St. Patrick’s Day weekend I tripled the money that I invested into making the shirts. That was an eye-opener. It showed me that there was an opportunity to make money with t-shirts. Over the years, I’ve had some hits and misses with designs, but I still create shirts every once in a while. . I closed my Big Cartel store and started focusing more on Teespring and Amazon. Feel free to check it out once you finish reading this post. Grab a shirt if you want to.

The good thing with sites like Teespring, anyone can set up an account and sell t-shirts. It’s free to do. You can upload your designs, promote the link, and hopefully get some sales. Here’s a video that shows you how easy it is to sell shirts on Teespring.

Selling old tennis shoes is something that I’ve been doing a lot lately. You can make some money depending on what the shoe is. One example of a shoe that sells are Jordan’s. There is a huge market for them.  You just have to find them and make sure that they are not fakes. You may be asking where I sell the used shoes at. I sell them on eBay. It gives the ability to list a pair of shoes and sell them to damn near anyone over the world.

Thrift stores are a good place to find old shoes. You can find some good shoes for less than $10. Also, check out yard sales.

You just finished reading this list of 6 creative ways to make money. Selling things isn’t for everyone. Some people actually hate trying to sell. I love it though. I got a rush back then doing some of those side hustles. Heck, I get a rush now, when I flip something on eBay.  If you are looking for a side hustle that’s fun, you should consider selling items. Below are a few posts that will help you get started if you want to try this side hustle.

Side Hustle Series: Selling on Poshmark

The Beginner’s Guide to Selling on eBay

How to Sell Something Safely on Craigslist

What They Don’t Tell You About Selling Things Online?

What are some things that you’ve sold for money over the years?