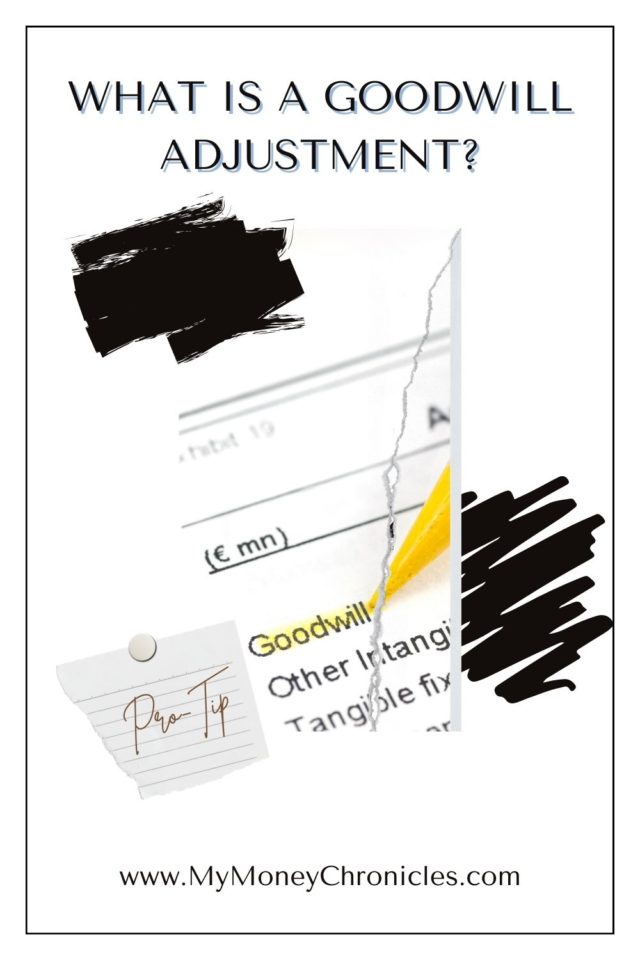 Hello, everyone. I hope that everything is going well with you. I’ve discussed credit topics on this site a few times. A good credit score is something that we should all strive for. In previous articles, I’ve discussed the average credit scores and ways to boost them.

Ever since I raised my credit score by 168 points in an eight-month timeframe, I’ve been focused on trying to get it even higher. It’s something that I think everyone should do. A higher credit score can help make your life easier.

I looked over my credit report and realized that I had late payments on three accounts. They were from 2010 – 2013. I didn’t want to wait the full seven years for them to fall off my credit report, so I decided to do some research and see what I could find to help with that. I stumbled across something called a goodwill adjustment letter. At the time, I had never heard of it before, but I was intrigued. Hence, I need to let you know what a goodwill letter or goodwill adjustments are and show you how it works and what you can do to come up with one. Read on!

WHAT IS A GOODWILL ADJUSTMENT?

For better understanding, let me give you this scenario to better understand a goodwill letter; you know that people go through a different situation in their lives. For example, suppose you are suffering from a disease or an accident. In that case, your financial focus will surely change gear towards your recovery, right? Hence, you get tardy towards other bill payments. Therefore, when your lender sensed this, they are bound to report your overdue bill. This report will negatively affect your credit scores. Hence, this is why you need a goodwill letter or adjustment.

The letter would then be addressed to the lender in charge who filed the report and requested that the adverse reports be erased and taken away from your record.

Having read and understood that information, I figured that it was worth a shot. I realized that if I could get those late payments removed, my credit score would increase even more. I did some more research and found out that goodwill letters had a 50/50 chance of working. It seems that some people were flat out lucky because their letter got into the right hands. I saw that people went into detail about what their circumstances were and what they are now. They usually discuss how they’ve grown from their past mistakes and are better and more responsible people.

I discovered that in writing a goodwill letter, the following things are vital: the tone at which I should write should be genuine, the fact that paying late was my bad, arguing and getting angry won’t help in this situation. Hence, a sincere tone is all I need to write with. Furthermore, I saw that I have to take full responsibility by carefully explaining issues that caused the delay in payment with truthfulness and apologies.

Also, I discovered that part of it provides proof of all my records and shows that what happened is out of my character. This will help me build back the trust and warrant the lender to remove the negative report. Finally, I should keep everything simple. I decided to do the same thing and follow those instructions in writing mine.

I drafted three separate letters for my three accounts. Then, I went into detail about what was going on in my life at the time and why my payments were late. I discussed how I wasn’t taught certain things and had to learn them for myself. I owned up to my past mistakes. Then, I expressed regret and showed them that I’ve been making years of on-time payments. If you plan on working on a Goodwill adjustment, make sure that you have your records ready. They will need to see your progress. Goodwill letters seem to be most successful when your remaining credit history is relatively clean.

I also read online that many people have been having success by emailing the letters to the lender companies’ CEOs or presidents. Since many people were doing that, I figured that I’d try it as well. If that didn’t work, I’d send a physical letter. I emailed the three companies on a Sunday afternoon. By Monday morning, one of them had contacted me. They called my phone and left a message. I thought that was a good sign. After a day or two of playing phone tag, I was finally able to contact a representative. She stated they reviewed my inquiry but that they could not give me a goodwill adjustment at this time.

I need you to know that getting goodwill does not come cheap. You have to keep at it and ensure that you did not default again in your subsequent payments. All in all, I discovered that the goodwill letter still works today, and it’s vital for helping a lot of people to get out of negative hit on their records. People have had late payments and other issues removed from their records, so it’s worth giving a try over and over again.

I wasn’t worried. I knew there was a 50/50 chance. So, I will try again in 6 months. As for the other two companies, I haven’t heard anything back from them yet. I plan on sending actual letters to them this time. Hopefully, that works. If it doesn’t, I’ll try again. Some of the people that get those goodwill adjustments have been persistent. They’ve contacted their lenders multiple times each year until they found the representative that would approve their adjustment. I’m about to join that club. Once that happens, I will be sure to share my results with you all.