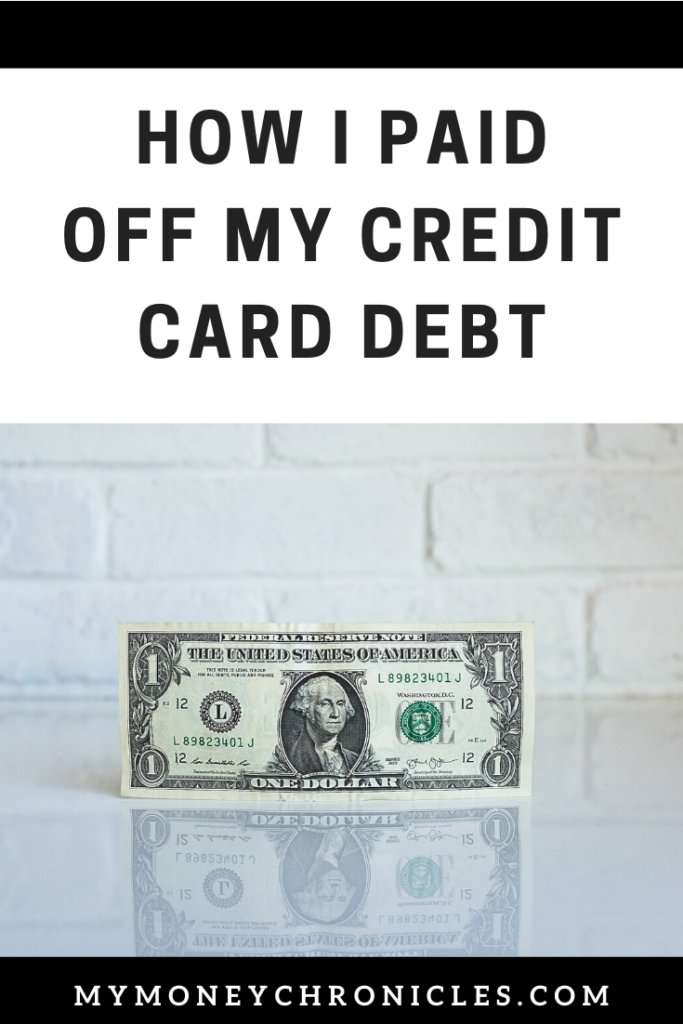 I remember getting my first credit card when I was a junior in college. My friends and I used to travel a little bit when we were in school. I figured that it would be easier to book rental cars with a credit card than it would be with a debit card. I didn’t want the car rental companies holding more money on my debit card, so it seemed like the best route.

In the beginning, I did the right thing with my credit card. I was making payments on time. Hell, there were a few times where I put extra money on it. In a year my credit limit was raised from $1000 to $2000. A year and a half after that it was increased to $4000. I was still doing good, but I was only making the minimum payment. I was still using the card to book hotels and rentals for trips. Something happened that I never thought about. I booked a couple of hotels expecting all my friends to put in, but there were two instances where they bailed last minute. That meant that I had to pay more on my end. That sucked. My credit card balance started to get larger. Then stuff started getting real.

I graduated from college and didn’t find a full-time job for over a year. At that point, I started maxing out my credit card almost monthly. I also opened a card with Discover. For the next 3-4 years, I used my credit cards to help pay for necessities. In late 2014, I came to the point where I realized that I had to stop.

When I started my debt repayment plan in January 2015, I had nearly $3700 worth of credit card debt between my BOA and Discover cards. To some, that might not seem like it was a lot of debt, but to me it was. A little over two years later, I can say that I don’t have any more credit card debt. That’s freaking incredible. You might be wondering how I was able to pay off that credit card debt. I could tell you that it was easy as hell and that I had a lot of extra money to through on the debt in the beginning. That would be a lie. It wasn’t easy. I had to change some habits. I also had to change my mindset. In today’s post, I want to share with you five things that I did to pay off my credit card debt.

Figured out what I owed

The first thing that I did was figure out the exact amount that I owed. For years, I got my bill, looked at the minimum payment, and then threw it away. For me to get serious about paying the credit card debt, I had to change that. I created an excel sheet and listed both of my credit cards on there. I updated the spreadsheet every month so that I could see my progress.

Pay more than the minimum amount

One of the most important things that I did was to start paying more than the minimum payment. I wasn’t able to do that in the beginning, but when I started making extra money, I was able to. Even five bucks will help. The interest rate on my BOA card was pretty high. The additional payments helped the principal go down a little bit.

Tip number three is to stop using your credit card.  For the first year of my debt repayment, I probably used my credit card about ten times. Last year, I only used it three. When I used it then, it was to pay for a hotel room. I immediately paid it off the next week. Of course, my debt started to go down when I stopped using the card. I know that’s common sense, but there are a lot of people out there that are trying to pay off their credit card that are still using them

Side hustled for more money

In the last couple of years, I’ve gotten more serious about my side hustling. Freelance writing, selling on eBay, and selling shirts are a few things that I currently do to make extra money. I was able to get to the point where I could throw an extra $300 – $600 per month on my credit card debt. That would have never been able to happen without my side hustles. If you intend to pay off any type of debt, side hustles are a much.

Last year, I heard Sandy from Yes I am Cheap discuss a balance transfer credit card. I had no idea what it was at the time, but she explained it perfectly on her Periscope chat. While I didn’t want to open another credit card, I was tired of paying $60 in interest each month for my BOA card. I applied for a Chase credit card that had 0% interest for 15 months. Once I was approved, I then transferred $1960 from my BOA card to the new Chase card. I had $932 left on my BOA balance after that. I was able to pat off my BOA card in December or 2016. The Chase card was paid off earlier this month. I still had three months to go before the 0% APR wore off. I’m proof that balance transfer cards work. If you have a lot of credit card debt, you may want to look into this option. I’m proof that anyone can pay off their credit card debt.

If you’re trying to pay off your credit card debt, I’m proof that it can be done. Like I stated earlier, you just have to change your mindset and be ready to hustle. I believe that anyone can use these five tips if they want to. I also want to share a couple of things that will help you get started. Check out the book titled “The Total Money Makeover” by Dave Ramsey. Ramsey goes over several steps that will help you pay off debt. Next, I want you to check out Credit Sesame. They will give you a free credit score when you sign up with them. You also will be able to review your credit card debt and track it as it gets lower. Credit Sesame also gives you recommendations for balance transfer cards. I signed up for my Chase card because of one of their recommendations.

Are you paying off your credit card debt? How is it coming for you?