The drive to Tucson, Arizona was not that long. It was only 4.5 hours. We drove through three states, though. They were Texas, New Mexico, and Arizona. New Mexico had a little more traffic on I-10 than west Texas. There were also a few more cities and towns.

By now we were riding through the desert. It felt like Hill Valley 1885 (Back to the Future 3). Every car on this stretch of I-10 was stopped at a Border Inspection Station. We also saw some more unusual interstate signs. One sign said ‘Prison facilities near. Do not pick up Hitch – Hikers”. A few others were “Dust storm may exist” and “Defacing rocks unlawful”. We also noticed that there were more parking areas than rest areas on the interstate. We also saw a couple of small dust storms. It continued to feel like we were going to the wild wild west the further we drove. We passed the continental divide once we reached Arizona.  Towns were still spread out. You could tell that New Mexico and east Arizona is less populated than other states on I-10. Interstate 10 in Arizona was very quiet in the beginning.

In Tucson, we checked out the foothills mall and the University of Arizona campus. We finished the night at Applebee’s for dinner. People in Tucson were cool and easy to talk to.

The drive from Tucson to Phoenix was 99 miles. The drive was very easy. We stopped at an outlet mall in Tempe. I had never seen so much Arizona State merchandise in my life.

It was good to see other cities representing their sports teams. It was hot in Phoenix. Before checking into the hotel we saw the stadium where the Arizona Cardinals play. We checked into our hotel and relaxed for a couple hours.

We proceeded to go to downtown Phoenix because we had tickets to the Diamondbacks game. We saw the arena where the Phoenix Suns play as well. The Diamondbacks stadium is Chase Field. It was very nice and up to date. They were playing the Dodgers. The Dodger fans were cheering louder than the Dback fans. It worked because the Dodgers won the game. Our hotel was in an interesting location. There were definitely some shady characters around. I wish we had more time to check out Phoenix, but I was glad that we were leaving early the next morning. I could not do 2 days at the Super 8 Metro-North. 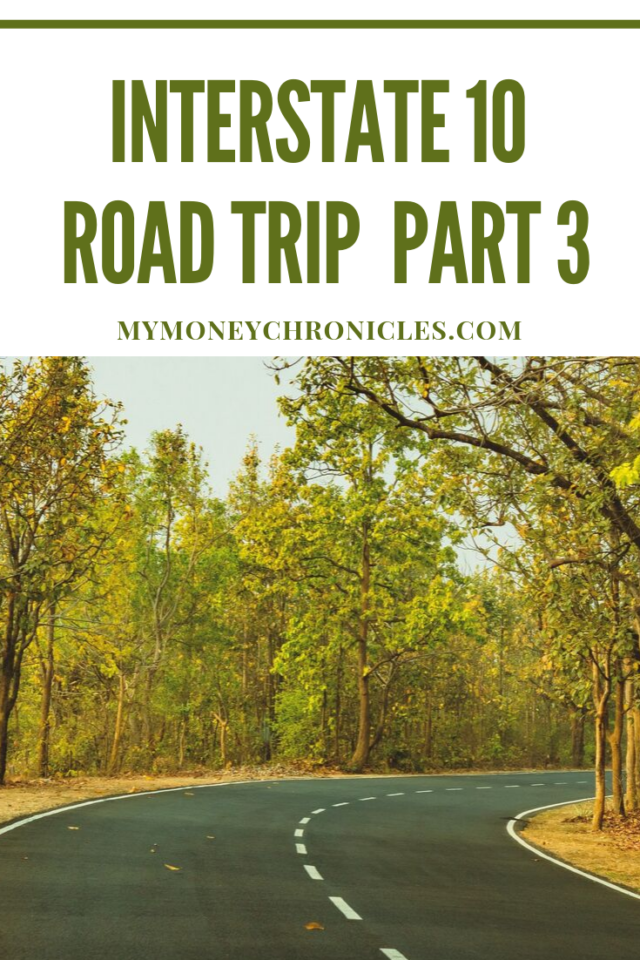