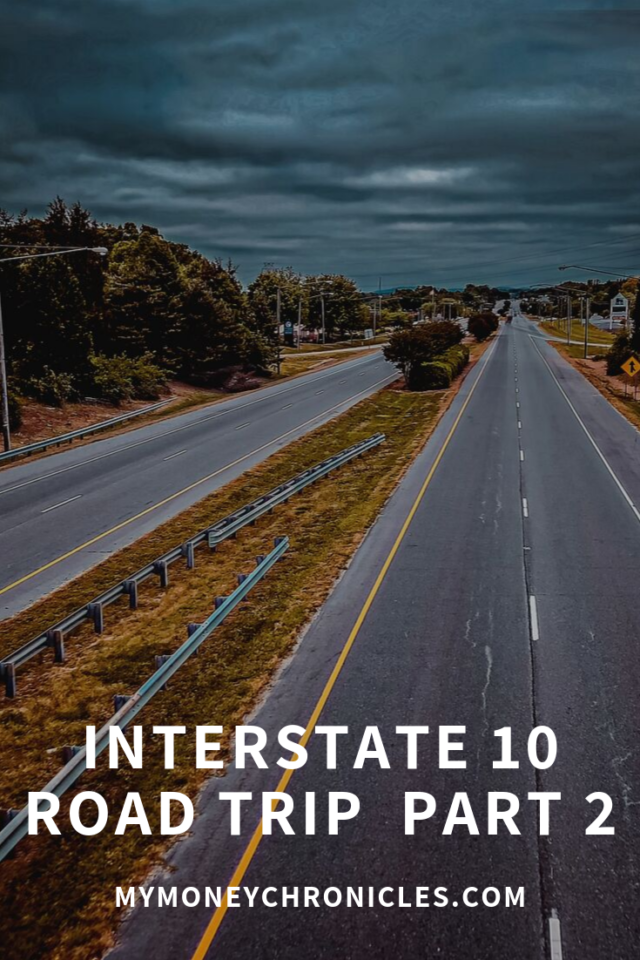 Houston was the first city that we stayed in for a second day. The only other cities that we would stay in longer than one night would be San Antonio and Los Angeles. Day 4 was a very relaxing day. We had the chance to tour the city. We took pictures of Reliant Stadium (Texans) and the Toyota Center (Rockets). Houston is a big city that is spread out. We also went to the Galleria which is one of the malls there. The Galleria was full of people. They had hundreds of stores. They also had an ice skating rink on the 1st level.

We went back to the hotel to rest for a while because we booked a tour on one of the double-decker buses for the evening. The tour was great except for the fact that it rained for 20 minutes. That caused us to move to the 1st level of the bus. Other than that the tour was great. They showed us more of downtown and midtown Houston.

San Antonio was a little over 3 hours away from Houston. It was a very easy drive. We made a stop at this superstore called Buc-ees. Buc-ees had food, gas, and souvenirs. It seems as though everybody on that stretch of I-10 stopped there. The place was crowded. Once we arrived in San Antonio we noticed that the traffic was not as bad as it was in Houston. That was a good thing. We checked in our room and relaxed for a while. In about an hour or so we went downtown to see the Alamo. The Alamo was nice even though I didn’t know exactly what it was at the time. After we left the Alamo we went to the Riverwalk. The Riverwalk was wonderful. Restaurants and shops were everywhere. The place had a very relaxing vibe to it. There was so much to do and see.

San Antonio is amazing, nice, awesome or whatever you want to call it. The city is diverse and not too crowded. We spent the majority of the day at SeaWorld. I had a blast at SeaWorld. They had a lot of good shows and amusement rides. The show that I liked the best was the sea lion and otter show. It was hilarious.

That evening we went to a local bar near our hotel called Marty’s. It was a nice low key spot. They had karaoke and some nice drink specials. I talked with one of the locals. She was excited that we were doing a cross-country trip.  I also decided to do karaoke. I performed Darling Nikki by Prince. I thoroughly enjoyed San Antonio. It’s a city that I will definitely go to again.

After a fun night at Marty’s, we decided to be lazy and sleep in a little bit. We eventually got on the road at 11:45 am. About 560 miles later we made it to El Paso. That was a very long drive. You have to make sure that you have your music ready. If not you may go crazy lol. The landscape seemed to change instantly once we were out of the San Antonio city limits. I started seeing road signs that I have never seen before such as “Falling Rock”, “Gusty Wind Alert” and “Watch for Blowing Dust”. The only good thing about the drive was that the speed limit was 80 mph. Most of the cars were going 85-90 mph.

On this stretch of I-10, the cities were about an hour apart. West Texas felt like we were riding through the town in the Jeepers Creepers movie. We saw a few cars broken down on the side of the road. That has to be a scary situation. It would take at least an hour for help to get to you. I was glad when we finally made it to El Paso. El Paso is in the Mountain Time zone. We decided to eat then go to downtown El Paso. Call us crazy but we wanted to see how close to the Mexican border we could get. We saw the border highway and the border bridge. It was dark out and I’m not that crazy to park and cross the bridge especially with the events going on in Mexico right now. Interstate 10 in Texas was neverending.