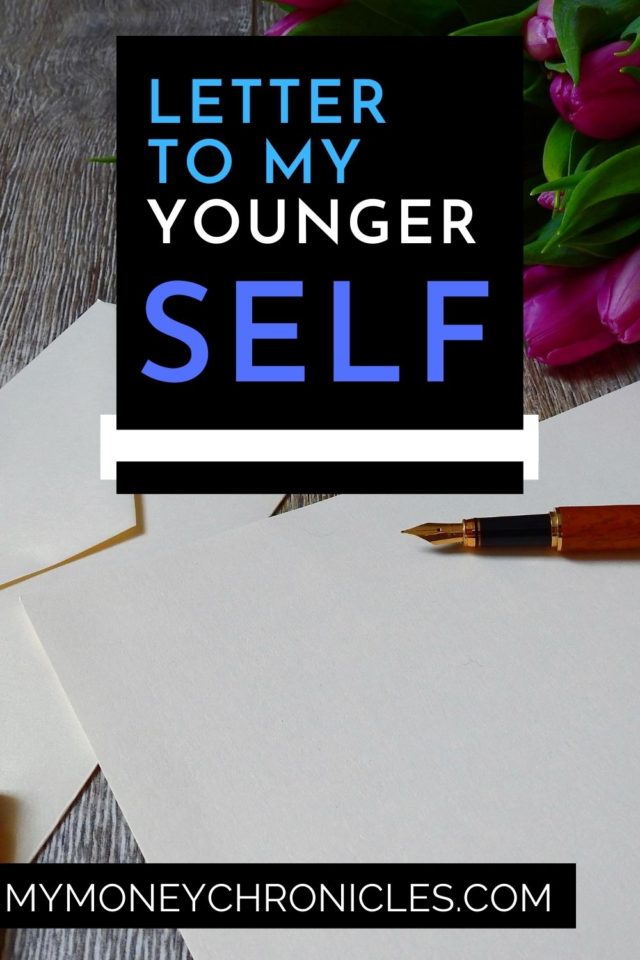 2006 doesn’t seem like it was thirteen years ago. I can remember parts of that year vividly. I was a third-year student at SSU. Man, I was literally having the time of my life. Thirteen years later I think about the good times that I was having and can’t help but wonder if I had too much fun. I realize that I didn’t though. My financial was situation was great at 22. I was working at The Lady & Son’s Restaurant and selling mixtapes on the side. The crazy thing is that my money problems started after college. I was never that broke college student. If I could go back in time, there are a few things that I’d tell my 22-year-old self to prepare him for life after college. In this post, I will share a letter to my younger self.

I’ve said this once, and I will say it again. I wish I would have saved more money back then. To be honest, I had a little bit of money saved, but it could have been so much more. I had a messed up way of looking at money. Since I had a job and a side hustle I figured that I would just save later and that I’d be alright.  I was an idiot lol. The crazy thing is that I was all right doing that from 22-24, but once I graduated I needed more money because I had bills and student loan debt that now needed to be paid. If I would have been on my game at 22, I know things would have been different.

If you are a still in college or in your twenties, make sure that you are saving money. Time is flying. I’m glad that I save money (not enough, but that will change once the debt is paid off) now. I want you to do the same thing. If you don’t have an account or want to start a new one, I suggest checking out the Capital One 360. I have an account with them. Money is auto deposited in that account once a month. For more info, check out Capital One 360 here.

Think About Your Future

Next up on this letter to my younger self features financial advice to my younger self is thinking about my future. I’ll be the first to say that I didn’t focus enough on what I wanted to do when I was in college. I knew that I wanted to work in sports or do something with Marketing (hence why I have a marketing degree). Now, I realize that I was too broad. I should have taken some time to really think about it. At 22, I didn’t give a damn. I was enjoying college and was like “I figure this out later.” Over the years I realized that I like working with students at universities. I didn’t get my first job at a college until 2011, which was three years after I graduated from college. If I was on game, I could have done that by November of 2008. I would have had a steady salary and probably less debt too, but who knows.

Student Loans Will Have to Be Paid Back

Of course, I knew that the student loans had would have to be paid back, but at 22 I didn’t care. I thought I had all the time in the world. I figured that once I graduated from college, I would be able to get a good high paying job and knock them out in a year or two. Little did I know that I would graduate from college in 2 years straight into a damn recession. The economy was horrible in 2008. I’ve discussed here before how I struggled the first couple of years after graduation. In hindsight, I would have applied myself more in my studies so that I could have regained my Hope Scholarship. By having the Hope scholarship again, I would have had less student loan debt.

The good thing is that the student loans are finally going down. A couple of years ago, I paid off my Wachovia student loan. Next up is my Nelnet and Earnest. Originally my Earnest loan was through Sallie Mae. I refinanced that loan with the company, Earnest last year. I was able to get a lower interest rate and a smaller payment. If you are interested in refinancing your student loans, click the Earnest tab below.

This next thing on this letter to my younger self has to do with credit cards. I didn’t go splurging with my credit card back in the day. I used it to book trips occasionally and at the bar every once in a while. That eventually added up though. I should have used the money that I was making at my part-time job to pay the credit card off each month. There was no reason for me not to do that. I guess it was a lack of knowledge.

Get Serious About Side Hustling

I think I made my first eBay sale in 2008 or 2009. There’s no reason that I could not have done that in 2006. I know for a fact that if I had been selling on eBay back then my life would probably be different now. I would have failed and learned things much earlier than I did. My debt would probably be much lower than it is. I can’t dwell on the past though.

I’m sure there are other things that I would tell my 22-year-old self. I know there are a couple of things, but they aren’t financially related, so I’m just going to keep them to myself. You’ll have to read about them in the memoir. I’m seriously thankful for the growth and maturity that I’ve achieved in my late 20’s and 30’s. Things happen the way they happened for a reason. They helped me become the person that I am today. For that I’m proud. I want to make sure that people learned from my mistakes so that they can take things to the next level sooner than later.  Even though it wasn’t in letter form, I hope you enjoyed this letter to my younger self.

What is one thing that you would include to a letter to your younger self?