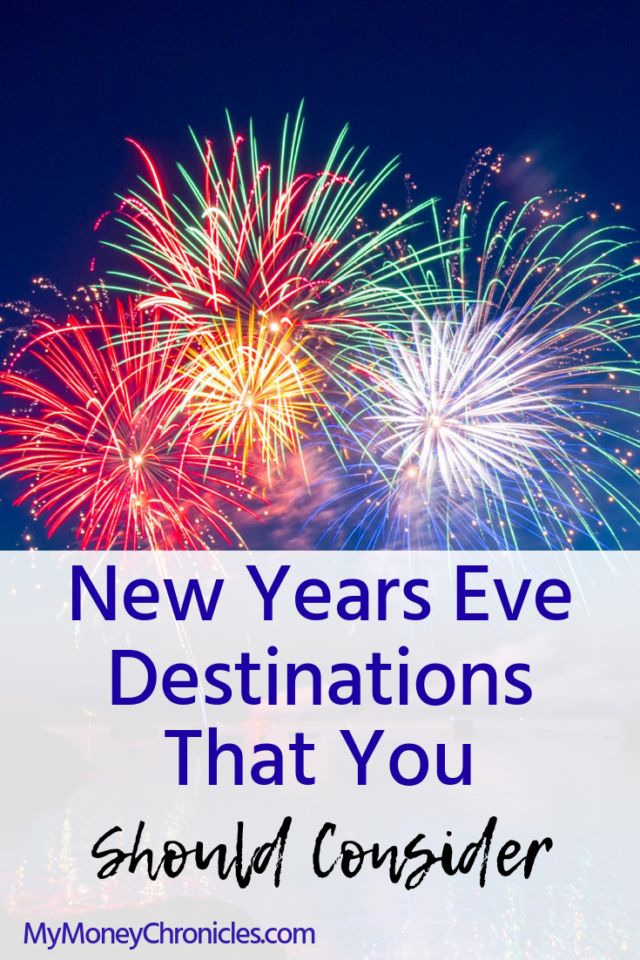 From 2005 – 2014, I went out of town each year to celebrate the new year. In 2005, I didn’t want to bring in 2006 in the state of Georgia specifically Atlanta. I love my hometown, but I didn’t want to see “The Peach Drop” for the third time in 4 years. (For NYE in Atlanta a big peach descends from the side of one of the buildings. It’s similar to the Ball Drop in Times Square.) Some friends and I decided to bring in 2006 at South Beach! There is nothing like bringing the new year in 70-degree weather.

Since that initial New Year’s Eve trip I have brought the new year in the following cities. Hopefully, you can check out some of these New Years’ Eve destinations.

This was my first flight ever. I flew with Spirit Airlines. They were the new kid on the block back then. The flight was great. I stayed at the Riviera. (As of 2015, that hotel has closed and has been demolished). It was a nice, older hotel on the north side of the strip. I had a blast in Las Vegas that first time. I also won over $1200 on a slot machine.

You can basically do one of two things to celebrate the new year. The first thing you can do is to party in the club. If you’re going to do that, you better be ready to spend money. Most of the NYE parties start at $100 and that’s just for general admission.

The second thing that you can do is to post up on the strip and watch the fireworks. The Las Vegas strip shuts down at 6 pm on NYE. People start to gather shortly afterward for the fireworks. Seven hotels shoot off fireworks at midnight. It can get cold out there, but it’s a great experience.

My favorite place in the United States is Miami Beach. I love that city. I brought in 2008 with a few of my friends. We went to places like Sobe Live and Wet Willies. Every year I’ve been down there for NYE, the temperature has been great.

Houston was a cool city. This New Years’ trip was cool. I didn’t party that much, but I still had a good time. I had a chance to check out the Galleria Mall. It has an ice skating rink inside of it. I also tried RA Sushi for the first time.

See the Top Hotels in Houston

Tampa is an underrated city. The weather is good and there is a lot of things to do there. I’m a big sports fan, so I took pictures of the Tampa Bay Buccaneers Stadium and George Steinbrenner Field which is the home of the Yankees minor league baseball team. Ybor City is a great place to party. There are a lot of bars and clubs in the area.

The Seminole Hard Rock Hotel and Casino is also located in Tampa. It’s a great place to celebrate the New Year. You can have the chance to win some money and there are multiple bars.

See the Top Hotels in Tampa

This was my first time in New Orleans. I wonder what took me so long. New Orleans is a top five destination for me. I love the atmosphere of the city. It’s a non-stop party. The French Quarter was better than I imagined. I’ve been back a couple of times since then. If you are looking at multiple New Years’ Eve destinations, this may be the place to start with.

In 2012, I made it back to Florida for New Year’s Eve. Ft. Lauderdale was very nice. The beaches were cool. We celebrated at the Seminole Hard Rock Casino. Not to mention, Miami is only 45 minutes away. So you can drive to South Beach if you want to.

I had to go back to New Orleans. It was just as fun as it was last time. If you plan on going, check out Acme Oyster House. It’s an excellent seafood restaurant down there.

In late 2013, I decided that I wanted to take it back to Las Vegas. It was my first time in Vegas in 5 years. I am ready to experience it for NYE again. Being that Las Vegas is one of the top destinations in the world to celebrate NYE, everything was booked early. The hotel was booked in August of that year, so we found a good deal. We stayed at the Luxor hotel. The room was less than $560. The flights weren’t the cheapest. I paid $837.20 for two people. That was the lowest price that I saw in September of that year. Priceline’s name your own price feature didn’t even work for once. I wasn’t angry at all though. I booked the flights with Southwest Airlines so that I could check two bags for free. If I waited to buy my tickets In December of 2013, I would have paid $1309.40. I’m glad I booked early.

For the third time, I celebrated NYE in Miami. Did I tell that I love that city?

It’s been four years since I’ve gone out of town for New Year’s Eve. I want to do another New Years’ Eve destination trip with friends, but things change as you get older. People have families and kids. They also start their own traditions.

Have you ever been on a New Year’s Eve trip?

Expedia is one of my favorite travel websites out there. You can compare flights, hotels, and cars on the site. I’ve saved a lot of money booking trips on that site over the years.

I’ve been able to use airline points for many of my flights this year. I applied for the Southwest Rapid Rewards Credit Card earlier this year. I was able to get 50,000 airline points by spending a certain amount within 90 days. To be honest, I haven’t even used all of those points yet. If you fly with Southwest and want to get the awards card, visit this link for more details.

If  I can’t find a hotel deal when I’m traveling, I use Airbnb. I’ve used it in places like Miami and Havana, Cuba. Both places that I stayed in were nice. Use this coupon the first time you book a stay with Airbnb, and you can save $40.

Rakuten allows you to get cashback on your online purchases. I started using Rakuten in 2017. I’ve made a good amount back since then. Sign up for Rakuten through my link and get a free $10 cashback!