As you probably know by now, I enjoy selling items on eBay. I have had some pretty good success selling on there for the last few months. My eBay posts are usually discussing the items that I buy for a low price and flip for an even better one. Today’s post is different. Every item that I try to sell is not always a hit. There have been days where I’ve had no sales on eBay.  Some of the items that were listed were duds. That contributed to my no sales on eBay days. Today I will discuss some of the items that didn’t sell for me. I saw this camera at a flea market. I figured since it was only $3 this would be an easy flip. Boy, was I wrong. I made the mistake of not using my eBay app and checking the recently completed sales of the camera. I checked eBay when I got home and saw at least 100 auctions featuring this camera. The camera was selling from $1.99 – $5.00. I decided to list it anyway. After about five months I stopped listing the item. There were still too many people selling it. I eventually donated it to the Goodwill. I learned a good lesson here. That’s to ALWAYS check the eBay app to see what the items are selling for. You don’t want to waste your money buying crap that won’t sell.

Depending on your age I know that you have probably heard of the show “Happy Days.” I used to watch episodes of this show when I was a child. I saw this item for $0.50 at a yard sale and figured what the hell. The puzzle was already opened, but I didn’t think to see if all the pieces were in there. That was a BIG mistake. I got home and attempted to put the puzzle together. There were at least four missing pieces.  Even though I only paid $0.50 for the puzzle, I listed the item anyway. I’m not into losing any money. I was hoping that I would find a die-hard fan of Happy Days that would buy the puzzle even though it had a few pieces missing. Man, I was wrong. I trashed the puzzle after a few months. Note to self, if I ever sell another puzzle I have to make sure it’s new and still sealed. If I buy used puzzles or games, I take the time to make sure that it has all the pieces to it. I found this item at Value Village for $0.99. It looked interesting so figured I might as well try to flip it. I tried to sell it for three months. The item started off as a buy it now listing. Then I switched it up to a regular auction. After the third month, I stopped trying to sell it. This was one of the least viewed items that I’ve ever attempted to sell. I donated it back to Value Village a few weeks later. I purchased this tin from a thrift store for less than $2. Looking at it I thought I had hit the lottery. Again, I was wrong. The tin looks like it could be from the early 1900s. It’s actually from an advertising campaign that Coca-Cola had in the ’70s & the ’80s. This is another item that nobody wanted. I couldn’t even sell it with it being listed at $0.99. I also ended up donating it back to the thrift store. After the success of selling a copy of The Eagles smash hit “Hotel California” I decided to see if this Billy Joel record could do the same thing. This is another item that already had too many listings. People were selling sealed copies of this album. Mine was used. After a few months, I took it down. I may eventually list it again. I have a feeling that I can still sell it.

A few months ago, I actually sold this Billy Joel record. I sold it with a lot of 40 records. It was collecting dust, so I was happy to get it out of my apartment. I’ve learned that if you can’t sell a record by itself, group it with some others and they will sell.

The good thing about these eBay flops is that I spent less than $8 total on all the items. I learned what items sell for me and which ones don’t. Selling on eBay is always a learning experience. I have a couple of items that I have been trying to sell for a year. I should remove them, but I have hope that they will eventually sell. Just because something doesn’t sell on eBay for me, doesn’t me that you shouldn’t try to sell them.

Some items do take longer to sell. I’ve sold a lot of items that I’ve had for over 2 years this year. I updated pricing, changed up the descriptions and titles. I also took some new pictures for some of them. That seemed to work. I have a few items that I need to update. It’s amazing how I went from no sales on eBay to getting some flips once I made those small edits.

I currently make between $800-$1000 per month flipping things on eBay. It’s been a fun and interesting journey. If you need help with eBay, check out my free webinar, eBay for Starters. In the webinar, I share the basic things that you need to know when you are starting your eBay journey. It’s about 40 minutes long, so make sure you check it out. Sign up for the webinar here.

What doesn’t sell on eBay for you? Have you ever had consecutive days of no sales on eBay?

Things I Use For eBay 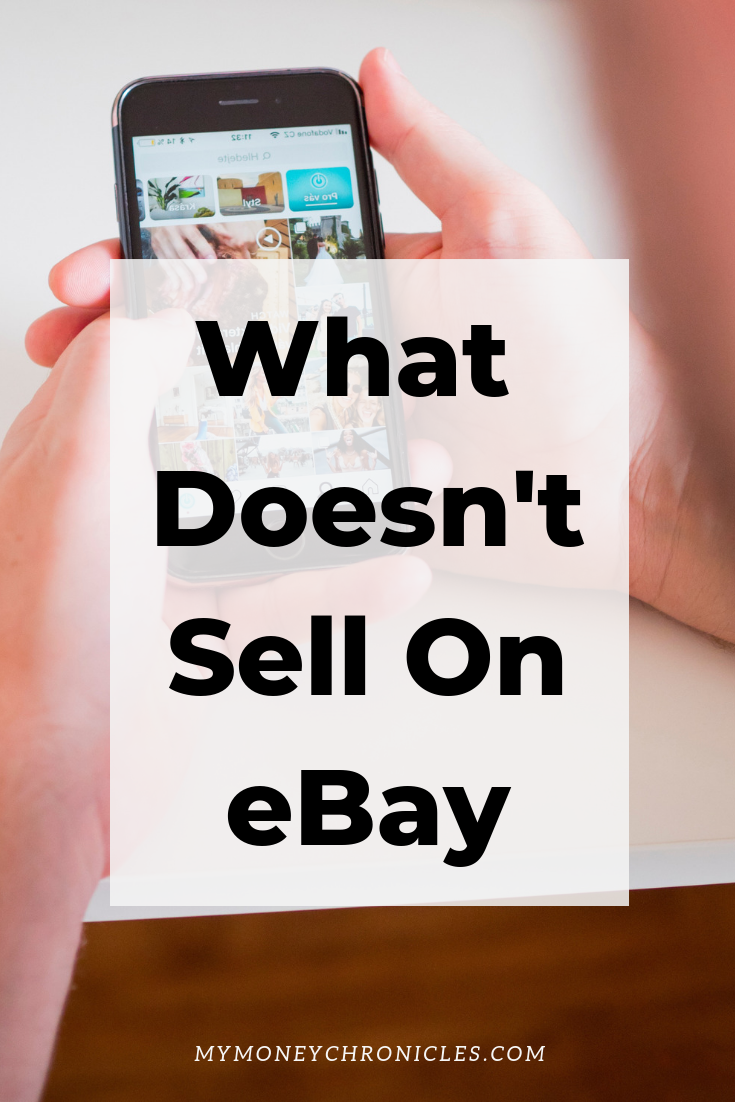 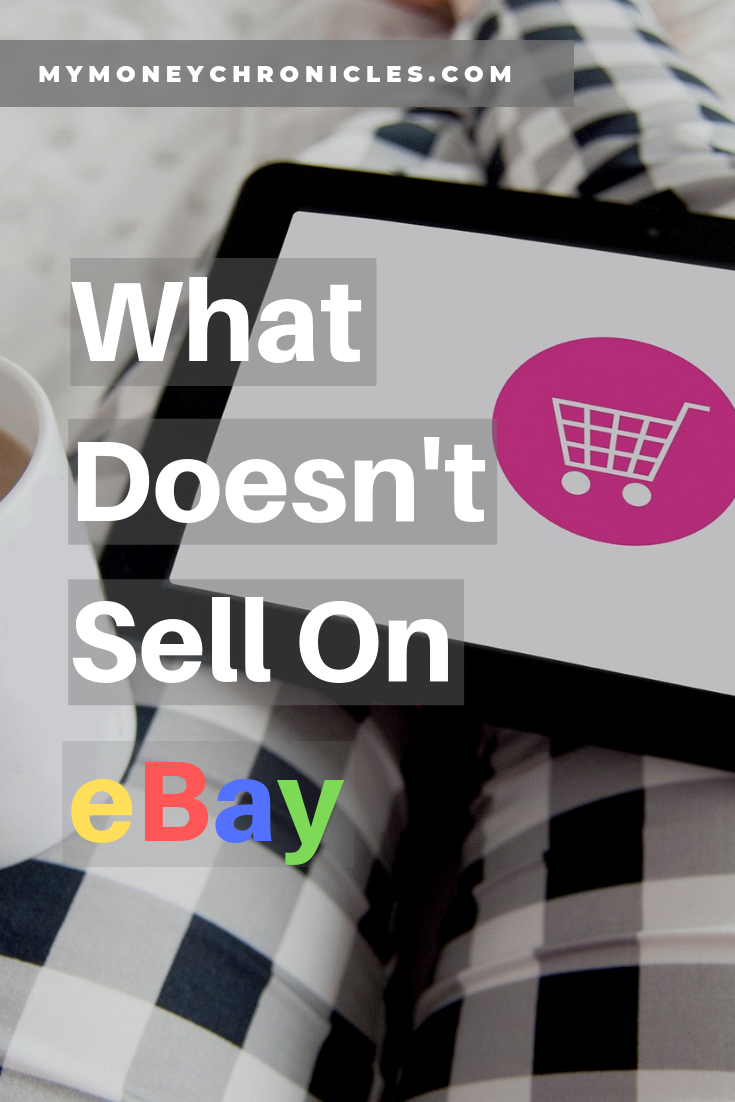 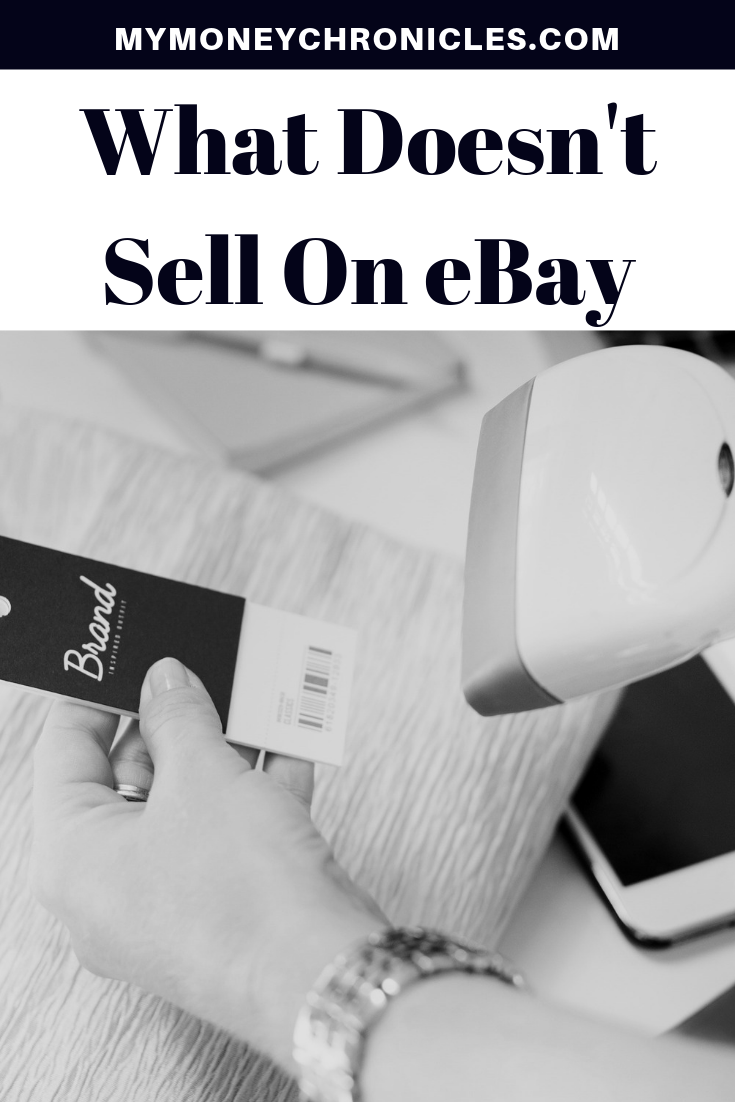 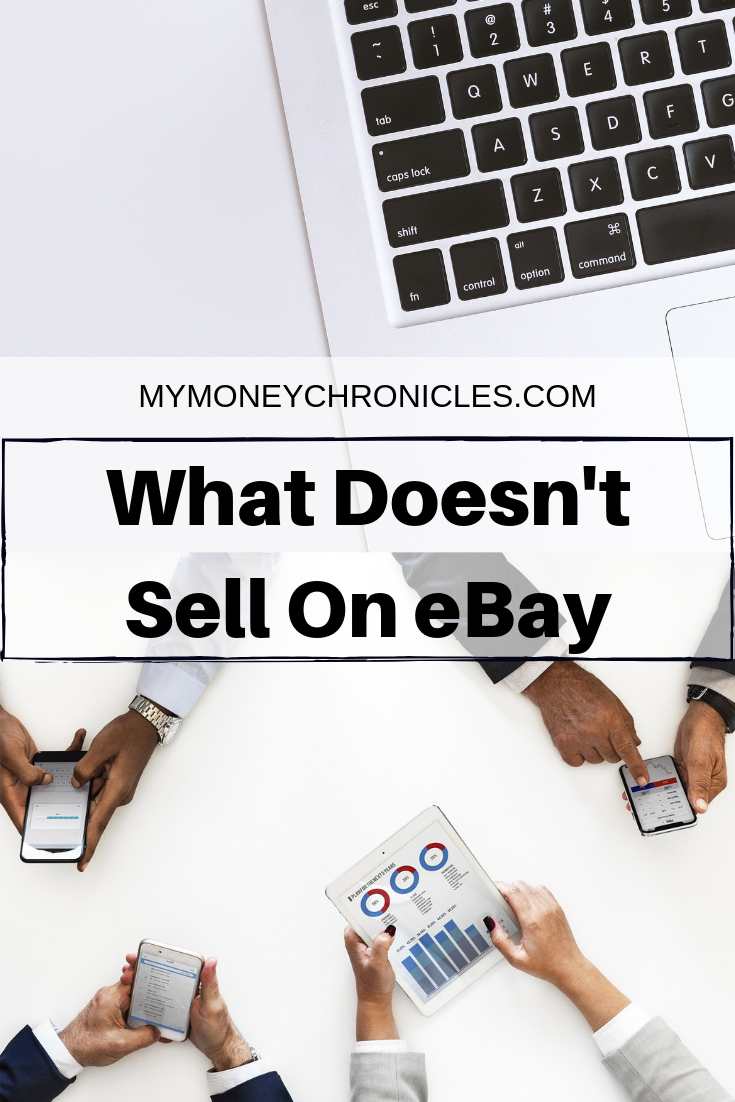