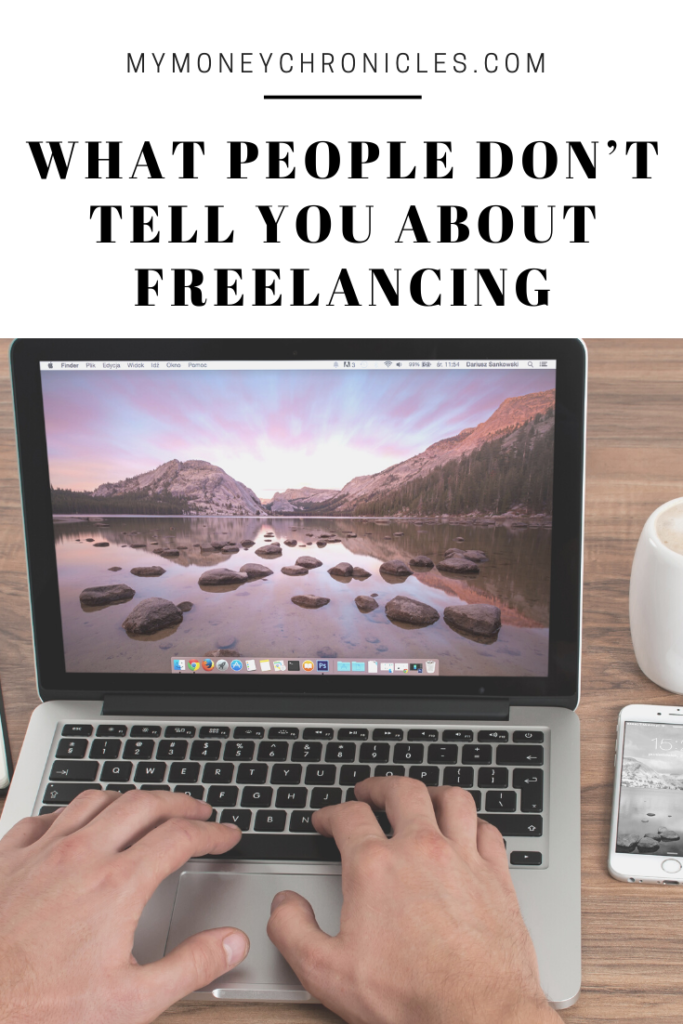 Last week I wrote a post talking about my first year as a freelancer. I discussed a lot of the positives that have happened during the last year. Today, I want to talk about things that people might not tell you when it comes to freelancing, specifically, freelance writing. This post isn’t meant to scare you from freelancing. It’s intended to inform you about some things that could possibly happen once you take the leap.

As a freelance writer, you have to be able to handle constructive criticism. Everyone is not going to like everything that you write. I found that out about two months after I started freelancing. People may not like your “voice” or writing style. That’s perfectly fine. I have no problem with the constructive criticism. I take it for what it’s worth and use it to help me become a better writer. If you’re the type of person who’s super sensitive, you may have to toughen up just a bit. It a client doesn’t like something you write, realize that in 95% of the case that it’s not personal. You may have to edit some posts 2-3 times before they like it. You also won’t get every freelance job that you apply for. It’s all good, though. The sooner that you realize that constructive criticism isn’t the end of the world, the better off you will be.

In a perfect world, you would get paid on time for every assignment. As you can see, we don’t live in a perfect world. Some clients pay late. When that happens, you will have to make the decision on if you want to work with them again. If a client is a couple of days late, I typically wouldn’t worry about that. If they are a week or more later, then there may be a problem. I understand that people are busy, but if a client is supposed to pay you at a particular time, they should do it unless they have contacted you and made previous arrangements. Luckily, I’ve only dealt with late payments twice. The first time a client went on vacation. As much as I love to travel, I totally understood. Everyone needs a getaway every once in a while. The second time a client paid me late, they were procrastinating. After a quick email where I politely let them know how unprofessional it was to play with other people’s money, I got paid.

Next up on the list of what people don’t tell you about freelancing is low pay. When starting out as a freelancer, you may have to take some low paying jobs at the beginning. Those jobs can be used for your portfolio, but you shouldn’t stay with them forever. As you get better, you will make more money. I struggled for a while with pricing and which jobs to take in the beginning. I’ve gotten better over time. I don’t have to take low priced gigs anymore.

You will not be able to write every day. You will have writer’s block from time to time. I’ve been able to combat that by doing a few things. I do a lot of my writing on the weekend mornings. I’ve noticed that my creativity is on another level during the morning and early afternoon hours. I also switch up locations. Sometimes, I write at home. Other times, I write at the library or a coffee shop. Finally, I have a folder full of topics that I can write about. Those three things help me avoid writer’s block. If I still have trouble writing, I try again the next day.

When you agree to do freelance work for someone, some of the topics may require more research than you expected. Keep that in mind when you’re going over your rates. I had a job a few weeks ago where I wrote a how-to guide for someone. Initially, I asked for a certain amount to do it. I started working on it and had to do a little more research. I was able to request a little more money from the client because of the research. Thankfully, I was lucky. Not every client will pay more. When you start freelancing be ready to factor in research when it comes to your rate for some topics.

Freelancing can be time-consuming. I don’t have too many clients, but I will be the first one to tell you that I don’t what the hell a work/life balance is at the moment. Sometimes I wrote a lot, other times I don’t. The more clients that you have, the more work that you will need to do. There are times where I want to just be lazy and watch the games on Saturday’s & Sunday’s. The way that this debt looks, doesn’t make being lazy an option. I’m not complaining about the work either. Since I’ve been freelancing, my life has gotten better. I have a schedule for the most part when I do the majority of my writing so it’s not too time-consuming,

Some freelancers may neglect their own websites when they are complete articles for clients. The money could be so good that they simply forget to take the time to work on theirs. I’ve known a few bloggers that done that, Hell, I’ve done it before. I know the freelance money can be GREAT, but don’t forget about your site. Schedule some time to work on it each week as well.

The last thing on the list of what people don’t tell you about freelancing is that you will have to sacrifice something. If you want to be a success and make decent money doing it, you will have to change something. A couple of years ago, I used to be a big partier. I loved the nightlife (still do), but I had to calm down. I stopped going out as much because I’d rather wake up at 8 am fresh the next morning instead of at noon with a hangover. When you start freelancing you will have figure out what you need to give up to be a success.

I hope I didn’t ramble for too long, but I figured that I needed to get in-depth with this post. These days a lot of people saying that they want to freelance. I don’t want them to the false idea that it is going to be 100% easy, because it’s not. You can do it, though, if you work hard and remember the things I went over in this post, you will be fine.