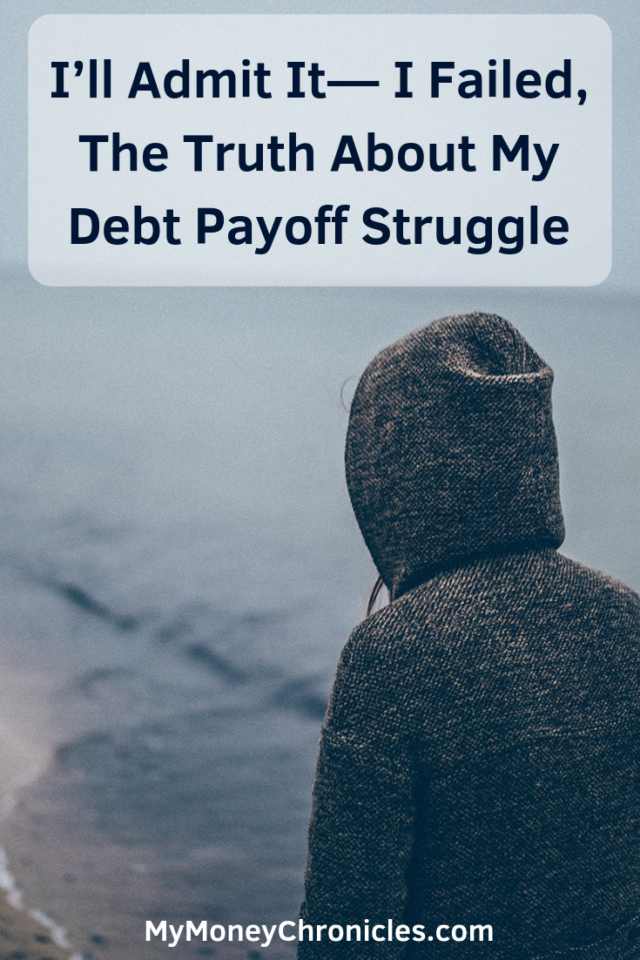 My 35th birthday was two days ago. I can’t believe that I am closer to 40 than I am to 25. When I restarted my debt repayment plan in January 2015, I set a goal to be debt-free by October 17th, 2018. Well, that was two days ago and I for damn sure ain’t debt-free. Am I disappointed? Yes, I am, but there are some positives that I learned during my debt payoff struggle. I learned a few things about money and myself during the last three years.

In three years I’ve paid off over $13,000 worth of debt which is pretty good. My debt had finally gotten under $60,000 earlier this year, then I had to get a new car. That sucked, but it was time to get a new ride. I was driving a 96 Toyota 4 Runner that didn’t have airbags. Then I started having major problems with the brakes. I spent money to get them fixed and that didn’t work. Instead of spending more money, I said forget it. It was time for an upgrade.

When I started my repayment plan I was hype. I set that 3-year goal not really paying attention to the fact that I would have needed to apply at least $24,000 per year to my debt. I bit off more than I could chew. In the beginning, I was only making $100-$200 extra per month. That was nowhere near enough to pay it off in three years.

My focus wasn’t the best in 2015. I was trying to do too many side hustles at once. I wasn’t making much either because of that. In 2016, I started to get a little more focused. I started freelancing and upped my eBay game a little bit. Also, I started to go to thrift stores a couple of times per month. I was doing ok, but I was making four figures freelance writing, so I didn’t try to grow that stream.

Things were going well for me at the beginning of 2017. I was coming off my highest side hustle income year in 2016 and I was poised to keep the momentum going in 2017. Well, that didn’t happen. Between March – April, I lost all my freelance clients. My side hustle income went from $1800 per month to around $300. I was sick. For three months, I struggled. I didn’t know whether to try to get more freelance clients or work on my own things.

Eventually, I went with option two and started to focus on my own things. I focused more on eBay. I also created my course. By focusing on eBay, I’ve been able to have a record-setting year for sales in 2018.

I’ve made some mistakes during these last three years. I’ve used my credit card a few times without paying it off the same month. When I started the repayment, I was going to be one of those people that never used their credit card again. Well, things have changed. I’ve become a fan of travel hacking. Once my debt is paid I’ll probably use my credit card to get travel points. I’ll use it to buy my flights and hotels and pay it off before the month is over.

Another mistake that I did was not fully commit to the debt snowball. There times where I didn’t add as much to the debt snowball as I could have. Not having a lot of money, in the beginning, was one of the reasons it happened. The extra money that I did have, I used that for myself. That will be changing though.

This is one of the biggest things I’ve learned in the last three years. I have to make more money. I’m not just talking about with the side hustles either. For 2 years I played it safe at my job. I was comfortable. In 2017, that changed. I applied for a promotion and received it. Now I’m looking for more opportunities because I know that I have to make more to get rid of this debt. It will happen. Not making enough money was one of the biggest factors in my debt payoff struggle.

Every Situation is Different

During the last few years, I’ve seen hundreds of debt-free stories. Some were legit and motivating while others were sensationalized stories where someone paid off a six-figure in three years but forgot to tell us that they were gifted a condo that they sold or that their parents helped them pay half of it. I realize that everyone’s debt repayment story is different. Some people have help, while many of us don’t. I just try to stay in my own lane and hopefully I can motivate people that are in similar situations to me.

If you’ve been a reader here for a while, you know that I like to travel.  You may remember that I said that I wasn’t going to stop traveling during this debt repayment journey. I don’t regret still traveling, but I will say that I will have to work smarter and harder so that I can apply more money to this debt. One thing that I have done is take fewer trips though. That will be the case for 2019 as well. I’m not traveling until after April 1st.

I’m ready and a little nervous at the same time. I don’t want to let myself down. I love sharing my monthly debt updates with y’all, but I don’t like that the amounts are going down so damn slow. At 35, I have renewed focus and I know the mistakes that I made in the last three years won’t happen.

When I turned 31, I wrote a post titled 31 life tips. They were random tips and statements that I posted. Since this is my 35th birthday post, I want to go over some of them in more detail that I did in the original post. Hopefully, you can take something from them.

The average human body is 60% water. It’s very important to drink water. You feel better when you drink it. You’re more alert and you have more energy.

I truly believe that if you want to do better than average, you have to take calculated risks. People take risks all the time, but they don’t always think them through in advance. Take time to think about possible outcomes before you take the risks.

Reading allows your mind to stay sharp. Try to read as many books as you can. Below is a post of books that you can start with.

If you don’t have an emergency fund, start saving for one ASAP. Things happen from time to time. It’s better to be prepared for them instead of being blindsided. Over the years, I’ve had to get tires and a cell phone unexpectedly. My emergency fund allowed me to not stress during those times. If you’re ready to open your emergency account today, check out the Capital One 360. I have money each month transferred to my Capital One account. They are giving new users $25 when they open an account with a certain amount deposited. For more information, check them out here.

Travel if you can. You will learn so much about yourself in the process. As stated earlier, I love traveling. Something that I’m seeing more people do is travel shame. People are online hating because of others travel destinations. If you like going to Las Vegas or Miami, do it. Don’t let anyone tell you where to go. It’s your money, travel to the places that make you happy.

This one could have been number one on this list. By eliminating your debt, you have more freedom. You can travel more. You can invest more money. Heck, you may be able to have a career doing your passion instead of working at a job that you hate. Don’t have a debt payoff struggle like me. Start paying your debt back as soon as possible.

You probably hear successful people say watch less TV all the time. There is a reason that they say that. You can get more things done if you’re not wasting hours watching TV each day. Think about it for a minute. If you want to a side hustle, but you’re glued to the couch watching hours or reality shows after work, how successful do you think that side hustle will be.

Do What Other’s Won’t Do

Sometimes in life, you have to do what other people won’t do. Sometimes you have to sacrifice. By doing that you could get to a level of success where others aren’t at. That could mean getting up early and going to be late. Go the extra mile because many people won’t do it.

The final tip that I have is to expand your comfort zone. Do something that is different or scary to you. I’ve noticed that when I step outside the comfort zone, good things happen to me. Two years ago, I would have never thought about speaking in front of a group of people. This year I’ve had two speaking engagements. People want to hear my story and learn about side hustles. I’m going to continue to share it. Do something that will expand your comfort zone this week.

What is one thing that you struggled with during your debt payoff?