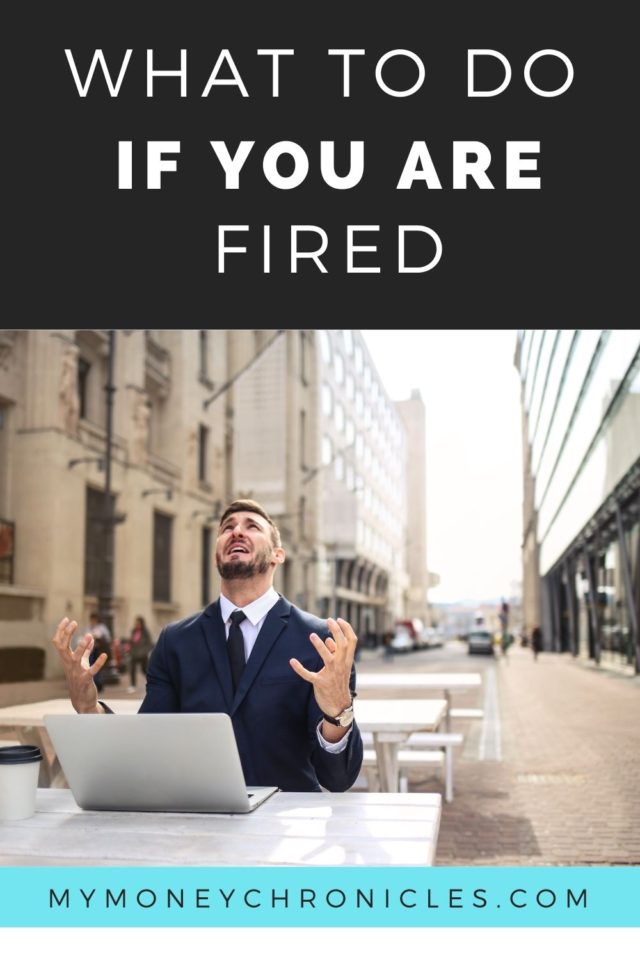 Hello everyone. I hope all has been well with you. It seems like it’s been a while since I posted something 100% new. It has been a couple of weeks. I recently went to Europe for a vacation and had a wonderful time. I’ll have a few blog posts about the places I went to. If you haven’t been to Europe, you should add it to your travel list.  Enough about Europe though, in today’s post I will be talking about what to do if you are fired.

First things first, I still have my job. A few things have happened in the past few weeks that got me to write this post. Two of my favorite sports radio personalities lost their jobs recently. To many of their fans, including myself, that came as a shock to us. Their show was arguably the best one on the station.

The next thing to happen was that my director was unexpectedly let go. Nobody in my office saw that coming. This is the second time in 3 years that we’ve lost a director. That’s not a good look. You never want to hear the words you are fired. I definitely won’t be applying to that position anytime soon.

The final thing to happen might not have been a surprise to some people. The Alliance of American Football, which was a professional American football league, ceased operations on April 2nd. The season had just started on February 9th. The league declared bankruptcy on April 17th. Hundreds of football players, coaches, and other team employees lost jobs. I read a story about one player who quit his job because a team decided to add him to their roster. The league folded the next day. Damn, that has to suck. Hopefully, the player was able to go back to his old job.

Those three situations were all random but focused on one thing, an unexpected job loss. Hopefully, they let you know that you can lose your job unexpectedly. I hope things work out for everyone that I discussed in each situation. Losing a job is never easy. Today, I’ll be sharing some things you can do if you are fired.

If you don’t have an emergency fund yet, what are you waiting for? Everyone needs to have money saved for a rainy day. Things happen, so it’s better to be prepared instead of having nothing. Even if you only have $500, just start it. Make a pledge to add something to it each month. If you happen to lose your job you will have something to hold you over until you get another job.

Related Reading: How to Save For an Emergency Fund

These next few tips are things you can do after you are fired.

Update your resume as soon as you can. You should update your work skills and add anything new that you learned at your previous place of employment. You want to make sure that your resume is up to date. That way you’ll find a job sooner than later. If it’s been a while since you had to do anything to your resume, you should check Google for different templates. There are hundreds of them out there that you can use as examples.

Now isn’t the time to just sit around and be lazy unless you have stacks (thousands of dollars) in an emergency fund. It’s time to apply like hell for jobs. I’d set a goal to apply to at least 20 per day. That should be the minimum. You can apply on sites like Indeed, Monster, Craigslist, and CareerBuilder. Depending on what industry, you’re in, there should be a job board that has different jobs that you may qualify for. For example, I work in higher education. There’s a job board called Higher Ed Jobs. It has thousands of jobs for people that are interested in the higher education field. Also, you can check with your previous employer’s competitors. There may be some good jobs available with those companies.

Reach Out to Your Network

It’s not always about what you know, sometimes it’s who you know. When you get a chance, reach out to your network. Let them know that you are looking for employment. Someone should have a connection somewhere. Talk to your family members, some of your Facebook friends, and even your connections on LinkedIn. Heck, LinkedIn is more professional anyway so you may find an opportunity quicker over there. I know some people’s pride may get in the way, you have to check that shit at the door. You need a job, so don’t hesitate to ask around. Your next job could be a DM away.

If you’ve been applying for full-time jobs and you’re getting nowhere, apply for some part-time gigs. Sometimes you gotta do what you gotta do. The bills have to be paid. When I wasn’t working in 2014, I swallowed my pride and worked two part-time jobs. Did I like it? Nope, but I needed the money and I wasn’t about to do anything illegal. I only worked those part-time jobs six months before I found a full-time job. That time went by pretty quickly. Your situation may be different. You may not even have to work a part-time gig for that long. Your breakthrough could be sooner.

Be Open to Change

Start Your Own Business

The final suggestion is not the easiest, but some of you may want to start your own business. Some of you may be able to take your side hustle to the next level. For others, you have the time to try everything out as long as you (hopefully) have an emergency account and a good idea.

An unexpected job loss is never fun, but life happens. Being proactive by having an emergency fund and a side hustle can help lessen the blow. If you ever find yourself in this situation, hopefully, these suggestions can help you make if the first few weeks after your job loss.

What would you do if you are fired? 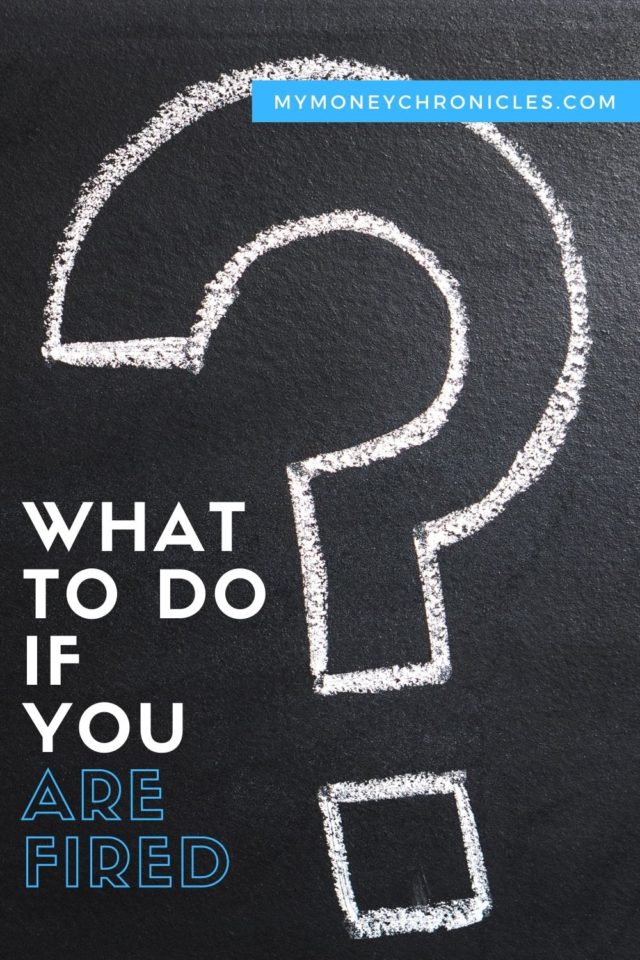