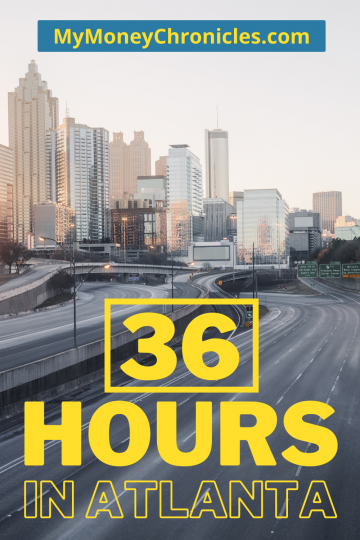 Atlanta is the capital of Georgia. It’s a very nice place to be, especially if you love to have fun. I know this because it’s my hometown and has always been a wonderful city that offers plenty to do. Don’t be fooled by crime statistics or reality TV; Atlanta is still a nice safe city.

Atlanta has decent weather filled with mild winters, and spring fluctuates from cool mornings to warm afternoons, nice hot summers, and an unpredictable fall. It is one of the largest cities in the country and the biggest in the southeast.

It is also a major tourist destination. People from all over the world travel to Atlanta via Hartsfield-Jackson Airport. There are several prominent Atlanta neighborhoods to visit if you ever plan a trip to Atlanta, and these include:

Downtown Atlanta offers plenty of things to do. The Centennial Olympic Park is located downtown. The park hosts several events yearly, such as concerts and fireworks shows. The Georgia Aquarium is located near the park. It is one of the biggest aquariums in the world, housing more than 100,000 animals. You can’t come downtown without visiting the aquarium in Atlanta. The World of Coca-Cola is a cool place to visit.

Midtown Atlanta is an area north of downtown. The Fox Theatre is one of the best performing arts venues in the city. It has been in Midtown since 1929. Piedmont Park is also a place you should visit. It has over 200 acres of green space. The park is great for exercising, picnic, or people-watching. They have several events at Piedmont, such as Music Midtown and the Atlanta Jazz Festival.

Atlantic Station is a neighborhood near midtown. You get to it easily from the interstate. They have shopping and restaurants. The place is vibrant all year. Some of the stores that are out there are Gap, Jos. A Bank and Old Navy.

You can do tons of fun things if you have just 36 hours to spend in metro Atlanta.

In today’s post, I’ll be highlighting 17 of these fun things you can do if you have just 36 hours in Atlanta.

What to do in Atlanta

The World of Coca-Cola is a museum that shows you the history of The Coca-Cola Company. It is an excellent attraction that is open year-round. They have several different exhibits that you can visit. My favorite part is the area where you can sample various types of sodas worldwide. If you happen to visit, make sure that you try this one drink called Beverly!

Piedmont Park is located in Midtown. If you have some downtime during your 36 hours in Atlanta, this is a place you can visit to relax.  The park has nearly 190 acres. Depending on the time of the year, you will see people exercising, walking their dogs, or simply relaxing and enjoying the day. Piedmont Park is also home to events and festivals such as The Atlanta Jazz Festival, Music Midtown, and the Dogwood Festival.

Atlantic Station is not just a neighborhood but also an Atlanta area with retail and restaurants. There is also a movie theatre and an L.A. Fitness out there. Atlantic Station is a good place to go; people watch from time to time.

Atlanta is the home of the 2021 World Series Champion, the Atlanta Braves. The Braves play at Truist Park, which is located in The Battery. It is 10 miles northwest of Downtown Atlanta. 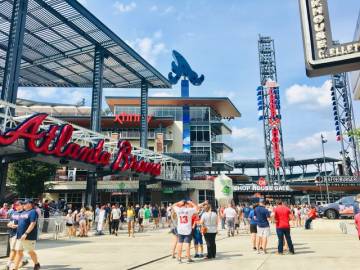 The College Football Hall of Fame is located in downtown Atlanta. It opened in 2014. If you’re a college football fan, this is the place for you.

The Atlanta University Center, commonly called the AUC, is another attraction you may want to check out. The AUC consists of four HBCUs. They are Clark Atlanta University, Spelman College, Morehouse College, and the Morehouse School of Medicine. If you have 36 hours in Atlanta and love HBCUs, you gotta visit the AUC.

Stone Mountain Park is about 20 miles east of downtown Atlanta. There are several things for you to do at the park, such as hiking the mountain, riding the train around the park, and taking a sky ride to the top of the mountain.

There are a lot of places to shop in Atlanta. Here are three locations that you should consider:

It is located in Buckhead. The mall is usually busy all the time. Nike, Banana Republic, and Express are some retail stores you can find at Lenox.

It is an upscale mall located in Buckhead. Dior, Fendi, and Gucci are just a few high-end stores you can find there.

Ponce City Market is located in Midtown. There are shops and restaurants that you can visit there.  J. Crew Men’s Shop, West Elm, and Lululemon are a few retail stores to check out.

9. Have a Nice Meal at some of these Eateries

There are hundreds of restaurants to eat at around Atlanta, but these four are worth checking out.

This place has good old fashion soul food. If you miss your Grandmother’s cooking, check this place out.

The best place to get hot wings in the city, in my opinion. There are several locations in the city to choose from.

The Varsity is a historic fast-food restaurant. They have great chili dogs and hamburgers. You can’t come to Atlanta and not eat at the Varsity.

The Beltline is a project that features 22 miles of multi-use trails and public parks. It circles downtown Atlanta and connects 45 neighborhoods directly to each other. Grant Park, Inman Park, Peachtree Hills, and Oakland City are some neighborhoods.

The Atlanta Hawks are currently an up-and-coming team. The Hawks are poised to take it to the next level off an Eastern Conference Finals run. The Atlanta Hawks play at State Farm  Arena. You should check out a game if you’re in town during the NBA season.

The MLK Historic Site consists of several buildings, including the Ebenezer Baptist Church and Dr. King’s childhood home. Dr. King and his wife, Coretta Scott King’s tombs are also located in the King Center, which is also a part of the site. The Martin Luther King Jr Historic Site is located in Edgewood.

Centennial Olympic Park is the next item on my list of things to do if you have 36 hours in Atlanta. Centennial Olympic Park was built for the 1996 Summer Olympic Games. It is home to several events, such as the summer concert series that is called Wednesday WindDown. You can get to the park using the Atlanta street car.

The GA Aquarium is located in downtown Atlanta. It is the largest aquarium in the country. There are over 500 species that can be found there.

Zoo Atlanta is located near the Grant Park area. The zoo has over 1500 animals. Zoo Atlanta is one of four zoos in the country that houses giant pandas.

You should check out the Atlanta Falcons if you are an NFL fan. They currently play their games at the Mercedes-Benz stadium. 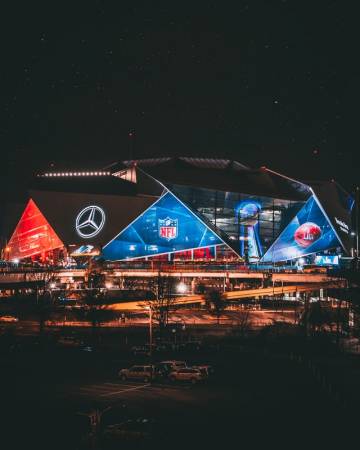 The Fox Theatre is a performing arts venue that is located in Midtown. It opened in 1929. The Fox Theatre shows movies and several shows throughout each year.

If you only have 36 hours in Atlanta, I hope you take the time to visit some of these destinations.

What are your favorite things to do in Atlanta?

If you are looking for tickets to any Atlanta sporting events or concerts, make sure you check Stubhub. They typically have great prices. Click on the link below. 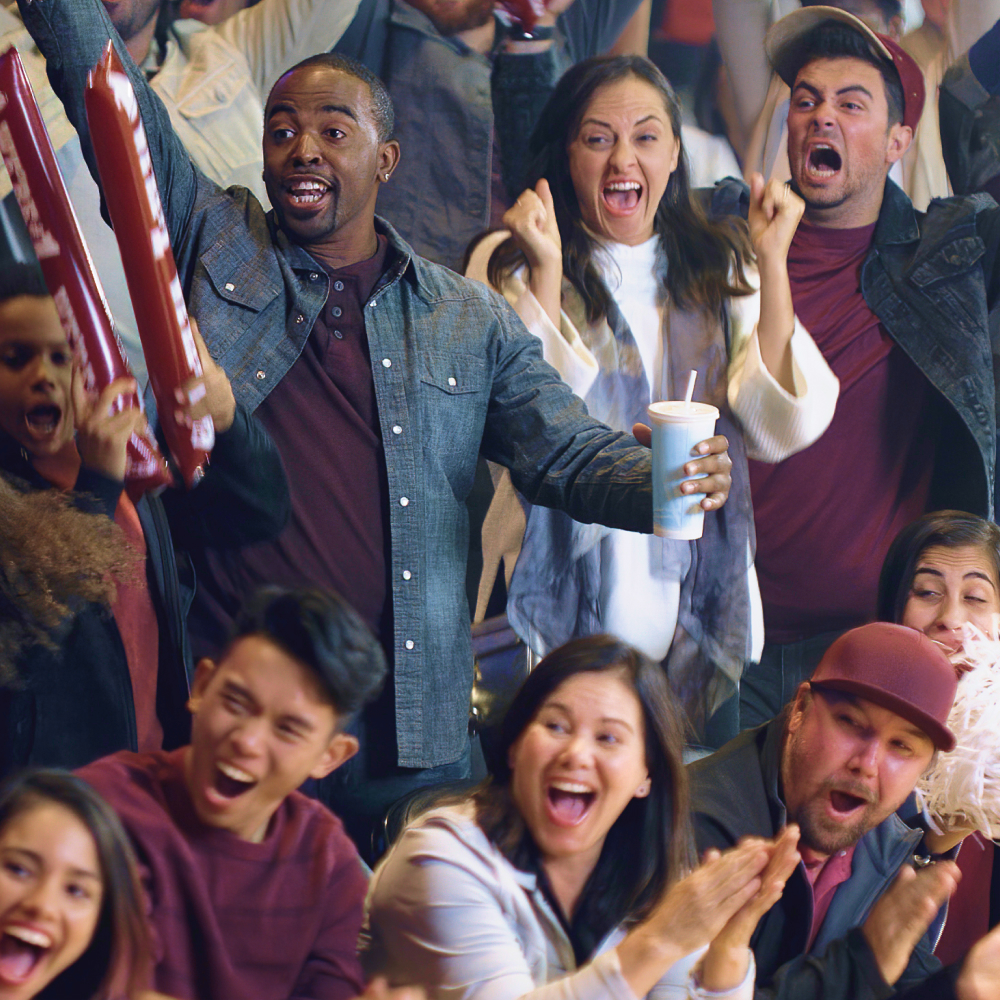 TripAdvisor has a lot of details about the destinations I listed in this post. You can also find reviews of a lot of them as well.

I’ve used airline points for many of my flights this year. I applied for the Southwest Rapid Rewards Credit Card earlier this year. I was able to get 50,000 airline points by spending a certain amount within 90 days. Honestly, I haven’t even used half of those points yet. If you fly with Southwest and want to get the awards card, visit this link for more details.

I’m a big fan of Uber. In most cities, Uber is much cheaper than a regular taxi. If you’ve never used them, use this link to get $5 off your first four rides. 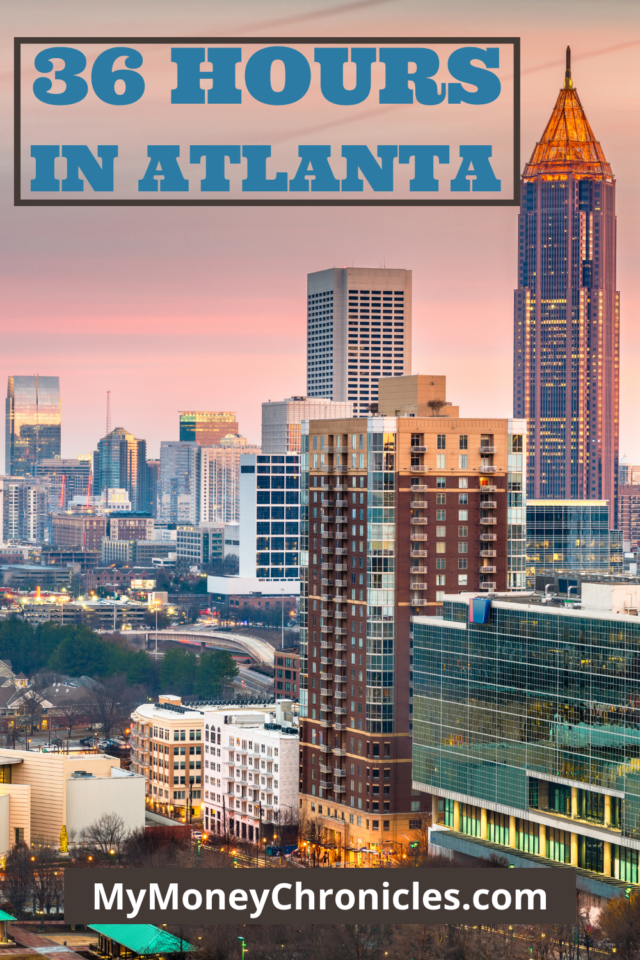