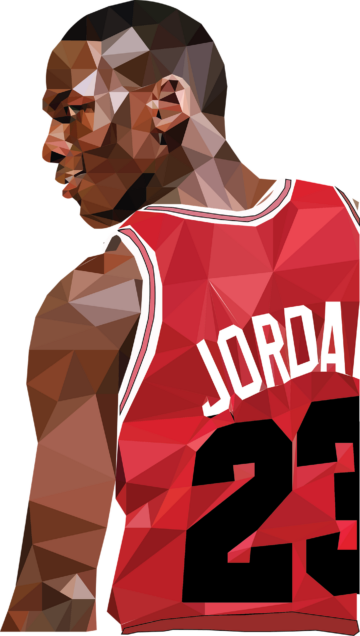 If you are a basketball fan, you already know the legend Michael Jeffrey Jordan. The former Chicago Bulls player is the greatest of all time. Jordan retired in 2003, but he is still a thriving businessman. Have you ever wondered what Michael Jordan’s net worth is? How did the Brooklyn-born player make his money? How does he spend some of his wealth? Please read on to get the answers to these questions and much more.

What is Michael Jordan’s Net Worth?

Michael Jordan’s wealth is estimated to be $2.2 billion as of December 2022. Jordan is the wealthiest former basketball player. However, did he rely on his wages from the game to earn his net worth? As you will later find out, most of his earnings are from sources other than the NBA salaries.

How Did Michael Jordan Earn His Net Worth?

Like other successful basketball players in history, Michael Jordan did not entirely depend on his wages as an NBA player to make billions. His income streams come from several sources. He is, therefore, a self-made billionaire. The following are some of the sources of Michael Jordan’s wealth;

The Chicago Bulls drafted Michael Jordan in 1984. He won 6 NBA championships with the team. He earned $93.7 million as an NBA player. Jordan retired for the first time in 1993. That retirement lasted less than two years, with him returning to the game in 1995.

These lucrative deals have helped players worldwide generate funds and, in the end, make their fortunes. Michael Jordan is no different. He partners with brands such as Nike, his primary sponsor. He earns royalties from this brand. Michael Jordan gets a 5% royalty for every Air Jordan shoe sold. No wonder this endorsement is a significant contributor to his net worth. For example, he was reported to be making $100 million yearly from Nike. Also, with Nike’s Air Jordan’s increasing popularity, Michael Jordan will keep earning more.

This has been another source of Michael Jordan’s funds after he left the hoops. He loves golf and has an exclusive course, Grove XXIII, nicknamed Slaughterhouse 23, which he built in 2019.

After he retired from NBA in 2003, Michael Jordan was successful in his later ventures. As stated earlier, in 2006, Jordan became part owner of the Charlotte Hornets.

In 2010, Michael Jordan purchased a controlling interest in the Charlotte Hornets. The team’s value has risen in value since that purchase.

Moreover, Jordan has spent a portion of his money on tech startups. For example, he is among the celebrities who heavily injected their fortune into Gigster, a startup that links companies to freelancers such as software developers, project managers, and software designers. His cofounders include Roger Dickey and Debo Olaosebikan.

Michael Jordan and four others opened a tequila business in 2019. Their tequila company is known as Cincoro tequila.

He has also invested in restaurants. He is one of the founding partners of 1000 North in Jupiter, Florida, and Michael Jordan’s Steakhouse in Washington, Connecticut, and Chicago.

Michael Jordan and his brand has been involved with several lawsuits in his career. He has won some of these while others were not ruled in his favor. For instance, there was a time when two supermarkets associated themselves with him without his permission. Upon taking the issue to court, the ruling was in Jordan’s favor, and he made millions in the process. Instead of keeping the money, he made donations to 23 charities supporting the children of Chicago.

How Does Michael Jordan Spend His Money?

At this point, you may wonder where Michael Jordan’s fortune goes to. The following are some of the ways through which Michael Jordan spends his money;

Michael Jordan has spent money on real estate. For instance, in 2012, he used $12.8 million to build his dream house in Florida. Jordan also used $2.8 million to purchase a home near Charlotte. He also has an estate in Chicago with his jersey number on the gate.

Michael Jordan is wealthy but has an eye and a soft spot for philanthropy. He does not only enjoy his wealth alone. Jordan also spends some for charity purposes. For instance, during the COVID-19 pandemic in 2020, he contributed $2 million. Moreover, Michael Jordan and his Jordan brand committed to spending $100 million over ten years on organizations “supporting racial equality, social justice, and greater access to education.”

In 2017, he pledged to donate $7.2 million for the opening of 2 health clinics in Charlotte. When Hurricane Florence hit in 2018, Michael Jordan came to the rescue and donated $2 million to those affected by the damages.

In 1989, Jordan married his ex-wife, Juanita Vanoy, with whom he has three kids. 17 years later, in 2006, their marriage ended. Jordan had to part with $168 million as a settlement. That’s an expensive divorce.

Michael Jordan has his own yacht. It is a 230-foot luxury vessel. He calls it “Joy.”

Michael also has a vast collection of cars. The billionaire bought a collection of Pontiacs and Mercedes cars, 7 to be precise. This was after he signed a $10 million bonus from Chicago Bulls.

The more the former basketball player rose to fame, his rides increased, from Land Rovers to Ferraris.

Michael Jordan is the best NBA player of all time. His net worth is estimated at around $2.2 billion as of December 2022. However, the bulk of his earnings is not from his NBA salary. Instead, his ventures after retiring from basketball. His primary source of wealth is Nike, which endorses him and earns him huge royalties yearly. Notably, Michael Jordan enjoys his money living a fine life, and being philanthropic.