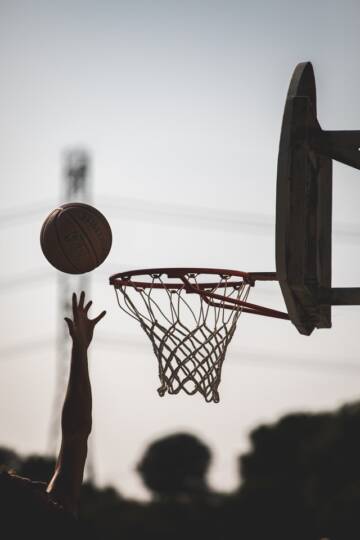 If you’ve seen the ESPN 30 for 30 movie “Broke,” you’ve seen what happens when some athletes get money. They can’t handle it. A lot of them go broke. They don’t have mentors or know how to be successful with their finances. The good thing is that every athlete doesn’t squander their millions. Some do very well with their money. They are business minded and have become success stories for others. In today’s post, I will go over several athlete entrepreneurs who have been brilliant and made more money.

Michael Jordan is arguably the greatest basketball player of all time. He played shooting guard for the Chicago Bulls and the Washington Wizards. Jordan is currently the owner of the Charlotte Hornets. According to Forbes, his net worth is over $1.1 billion. Some of his endorsements include Nike, Gatorade, McDonald’s, Wheaties, and Hanes. 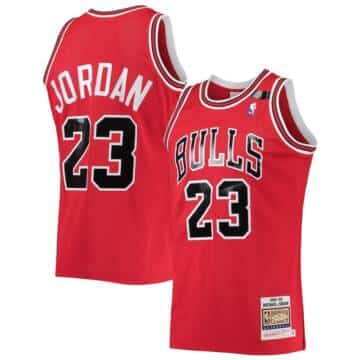 Venus Williams is a professional tennis player. She has been ranked number one in singles three times. She has a net worth of $75 million. Venus has an interior design firm called V Starr Interiors. She also has a clothing line called EleVen. Some of her endorsements are Ralph Lauren, Tide, and Kraft. She is also a part-owner of the Miami Dolphins.

LeBron James is arguably the best player in the NBA. His net worth is $300 million. He has endorsements with Nike, Upper Deck, and Dunkin Donuts. He also has a digital video company called Uninterrupted. In 2018 Lebron James and his business partner Dany Garcia joined up with Cindy Crawford, Lindsey V., and Arnold Schwarzenegger to found Ladder, a company that looks after health and wellness. 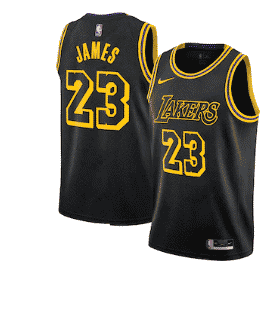 Next on the list of athlete entrepreneurs is George Foreman. He is a former two-time world heavyweight champion boxer. He became a spokesperson for George Foreman Grills in 1994. He is also an ordained minister and has authored 10 books. His net worth is estimated at approximately $250 million.

Cal Ripken Jr. was a shortstop and a 3rd baseman for the Baltimore Orioles. He is known as baseball’s ironman, having played 2632 consecutive games. He currently owns multiple minor-league baseball teams. He also has a stadium design business and a licensing memorabilia company. His net worth is $75 million. Peyton Manning is a two-time Super Bowl champ. He last played QB for the Denver Broncos. He has endorsements with Master Card, Direct TV, Gatorade, and Kraft. He also owned 21 Papa John’s restaurants. According to Forbes, he has over $12 million in endorsement deals from companies like Nationwide Insurance, Buick, and more, making Peyton Manning the richest NFL player. His net worth is sitting around $250 million. Roger Staubach is a former QB of the Dallas Cowboys. He started a commercial real estate business called The Staubach Company in the late 1970s. Staubach sold his company to Jones Lang LaSalle for $613 million. He also had endorsements with Rolaids and with clothing retailer Anderson Little. Serena Williams is the greatest women’s tennis player of all time. She has a total of 21 grand slam singles titles. She has endorsement deals with companies such as Gatorade, Delta Airlines, Aston Martin, and Pepsi. She is also a minority owner of the Miami Dolphins. Her net worth is $140 million. She is one of the best successful women entrepreneurs in the world.

Shaquille O’Neal is a former NBA center who played most notably for the Los Angeles Lakers and the Orlando Magic. Shaq has had endorsements with several companies, such as Icy Hot, Reebok, Comcast, Radio Shack, and Taco Bell. As a venture capitalist, Shaq has invested in several companies, such as PepsiCo and Apple. Shaq’s net worth is $250 million. 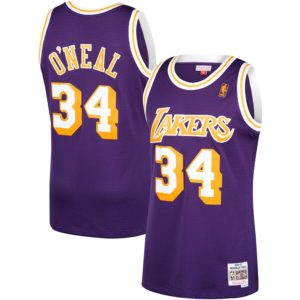 Arnold Palmer is a retired golfer. He is regarded as one of the greatest in the sport. He has endorsed companies such as Rolex and Ketel One. His company, The Arnold Palmer Design Company, has created hundreds of golf courses over the years. His net worth is $675 million. Jamal Mashburn is a former NBA small forward who played for multiple NBA teams, including the Dallas Mavericks. Mashburn has several successful businesses. He owns several restaurants, such as Papa John’s, Outback Steakhouse, and Dunkin Donuts. He also owns multiple car dealerships. His net worth is $45 million. Marshawn Lynch is a former running back for the Buffalo Bills and the Seattle Seahawks. He has endorsements with Skittles, Nike, PepsiCo, Activision, and Progressive. It is reported that he hasn’t spent any of his NFL earnings. His net worth is $30 million. Lynch also owns an apparel company called Beast Mode Apparel LLC. Derek Jeter is a former American professional baseball shortstop and baseball executive. He became an entrepreneur after being one of the world’s most appreciated and marketable athletes for over two decades. He co-founded The Player Tribune. His total net worth is $185 million after his endorsement deals with Nike, Gatorade, Rawlings, and others. Dwayne Johnson is a retired professional wrestler with the ring name ‘’The Rock”, an actor, producer, and businessman. He co-founded Seven Bucks Production and Digital Personal Finance Service Acorns, a micro-investing platform that will help parents invest in their kid’s futures with his business partner Dany Garcia. He and his business partner teamed up with Redbird Capital to buy an XFL football club in August 2020. His net worth is around $320 million.

Ronda Rousey is an American professional female wrestler, model, former mixed martial artist, actress, advertising supernova, and entrepreneur. She is in partnership with the company Mizuno and has endorsement deals with Carl’s Jr., Fanatics, Iconix, Metro by T-Mobile, Monster Energy Drink, Procter & Gamble, Reebok, and Xyience. She is the author of my fight or your fight. She is currently building a farm called Browse Acres with her husband. She is promoting the idea of self-reliance. Her net worth is $12 million.

Michael Phelps is a former American swimmer with records for Olympic gold medals. He is the most successful swimmer of all time. He is also an entrepreneur and a mental health advocate. He is the CEO of PHELPS Foundation and one of the company’s board members, Medibio. He earns most of his income from brand sponsorship and endorsement with companies such as Aqua Sphere, Omega, Under Armour, and Beats by Dre. And earn indirectly from books, films, appearances, and social media engagement deals. His net worth is sitting around $80 million.

Alex Rodriguez is a former American professional baseball shortstop, a philanthropist, and an entrepreneur. He is the chairman and CEO of Arod cops, a company that includes ventures, partnerships, and real estate. He is also the chairman and co-founder of BRX Holdings and is currently an MLB analyst working for both ESPN and FOX. His net worth is around $350 million, making him the wealthiest baseball player by a wide margin. Tony Hawk also has a video game licensing series with Activision named after him. While Tony may be retired from professional skateboarding, he is still in business for the long haul.  He is also the founder of the Tony Hawk Foundation. He has a current net worth of 150 million dollars. Hawk has quite the entrepreneurial spirit.

Stephen Curry is a professional basketball player for the Golden State Warriors and is currently one of the best shooters in the game. He is well known for his three-point shooting ability and for winning championships. A lot of youngsters are following in his footsteps. Luckily, his footprints aren’t just in basketball sports; he is also a well-known businessman. He currently has a partnership with “Under Armor,” the footwear brand, and is the brand’s face. He also has an exclusive autograph deal with “Steiner Sports Memorabilia,” which involves him signing several jerseys, basketballs, and other items.

He is also a leading ambassador at Palm, a mobile accessory company. He also owns considerable shares in Pinterest and Slyce and owns an online retail shop. He has a current net worth of 160 million dollars. Jordan Palmer was a quarterback for the Washington Redskins who was a backup. He also played for the Arizona Rattlers, Tennessee Titans, and the Chicago Bears. While he had an ok career, it didn’t stop him from starting businesses. He co-founded Rock Software back in 2007. Its goal was to help athletes and other celebrities build mobile apps. Jordan is a partner at Common Thread Collective, a leading online marketing agency. He also owns a football training camp. He is currently worth over 2 million dollars.

John Elway is a former quarterback and currently a football executive and president of football operations for the Denver Broncos. He had an outstanding career playing football for 16 years, which included college football at Stanford, where he broke several records. He also won 2 Super Bowls with the Broncos.  He is also the co-owner of the Colorado Rush, which was an Arena football league team up till the cancellation of the league, but that didn’t stop Elway’s business ambitions. He went on to own four Steakhouse restaurants, each in his name.

He took his business ventures to a different level when he got a Cadillac franchise from Sonic Automobile in 2014. John Elway has indeed grown into one of the most successful entrepreneurial athletes of all time.

It’s refreshing to read about athlete entrepreneurs. The one thing that they all have in common is that they have multiple streams. Whether it’s endorsements or side businesses, they have money coming to them in more than one way. That’s something that we all should strive for.

Did any of the athletes on this list surprise you? Do you know any other athlete entrepreneurs out there?