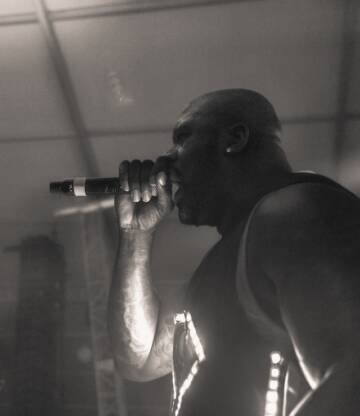 Everyone likes Shaq. He is a retired NBA star, actor, rapper, and more with nothing but a big heart and an incredible career. Shaq’s real name is Shaquille Rashaun O’Neal. He was born on March 6th, 1972, in Newark. His parents were Lucille O’Neal and Joe Toney. Shaq did not have a great relationship with his father, which was not a surprise as his father was a drug addict who later went to prison for drug possession when he was just a little child.

His parents were never married, and his mother married a U.S. Army sergeant Phillip Harrison who became a huge part of Shaq’s life at age two. Shaq was in high school when his basketball talent grew, and it soon started to show. He led his high school team at San Antonio Robert G. Cole High to the state championship, and so began his 19-year-long career in basketball.

Shaq is currently retired from the basketball court but is still in the game as a sports analyst on the show “Inside the NBA .”Shaq built a reputation for himself as a very successful NBA player who had played for six teams during his career and won four championships. In 1996, O’Neal was honored as one of the NBA’s 50th greatest players. He was also selected to be on the NBA’s 75th best players list in October 2021.

There is no doubt that Shaq is a legendary athlete, but what makes him a role model isn’t just his life on the court and outside the court. Shaq has taken the time and energy to build himself an extraordinary life in sports and business, making him one of the wealthiest men alive.

So in this article, we will look at Shaq’s net worth and how much he has made over the years.

What is Shaq Net Worth?

Shaq is worth an estimated amount of 400 million dollars. This huge sum stems from his successful career as an NBA player, endorsement deals, and many real estate investments.

How Did Shaq Earn His Net Worth?

Shaq had a very successful career as an NBA player for 19 years, and this was where most of his net worth came from. Throughout his career, he earned 292 million dollars from NBA contracts and another 200 million dollars from endorsement deals with large corporations. Many athletes have the habit of squandering the millions they make from the sport, but Shaq turned his earnings into businesses, multiplying his net worth exponentially.

Shaq, in his time, had signed the biggest NBA contract with the LA Lakers, which was worth 120 million dollars for seven years, and that was the year he went on to win a gold medal at the Olympics. In 2004, he was paid a massive sum of 27.5 million dollars while playing with the Miami heat, which also helped increase his net worth. So let’s look at how much he made over the years during his basketball career.

How Did he Spend his Money?

Shaq was not only great at basketball but also extended his ingenuity to other areas of his life. He made sure to save his money, invest it in other businesses, and generate multiple income streams. He also diversified into the television industry and began acting in movies like Kazaam and Blue Chips. He was also in shows like “Curb your Enthusiasm” and “The Parkers .”He was on television for a while but later decided to focus on business. In 2019, Shaq became a member of the board of directors of Papa Johns. This was a good investment as he made an outstanding 8.25 million dollars over three years.

Shaq not only ventured into the movie industry in the 90s but also tried out a music career as a rapper. He released his first rap album in 1993 titled “Shaq Diesel .”It was a successful album, as it was certified platinum. He even produced more songs under the name “Diesel” while pursuing a music career. He made a lot of money along the way. Shaq has also been featured in some video games and starred in reality shows while hosting his podcast. He also sometimes acts as a commentator in NBA matches and even professional wrestling.

Shaq also has some investment in the stock market as his business mind knows no limit. Aside from being on the board of directors at Papa Johns, he also has an investment of 840,000 thousand dollars in 30% of the Papa Johns franchise in Atlanta, which has been paying off. In 2013, Shaq bought a 1% stake in the basketball club Sacramento Kings for approximately 5 million dollars, a stake which he later sold in 2021 for 11 million dollars, and went on to sign an endorsement deal with WynnBet, the gambling company.

Shaq has also dived into the riveting world of real estate as he acquired some property over the years. He owns a mansion in Florida which he bought in 1993 for 3.95 million dollars and later sold for 11 million dollars raking in over 7 million dollars in profits. He was also a co-developer of a huge apartment building in his hometown Newark which was built for approximately 80 million dollars.

Shaq has shown us that an athlete can both be successful in the world of sports and also in the world of business. It’s incredible how he keeps growing his empire and ensuring he stays at the top of his game. I’m sure that Shaquille O’Neal’s net worth will grow even more in the next few years.

60 Michael Jordan Quotes to Inspire You and Lift You Up