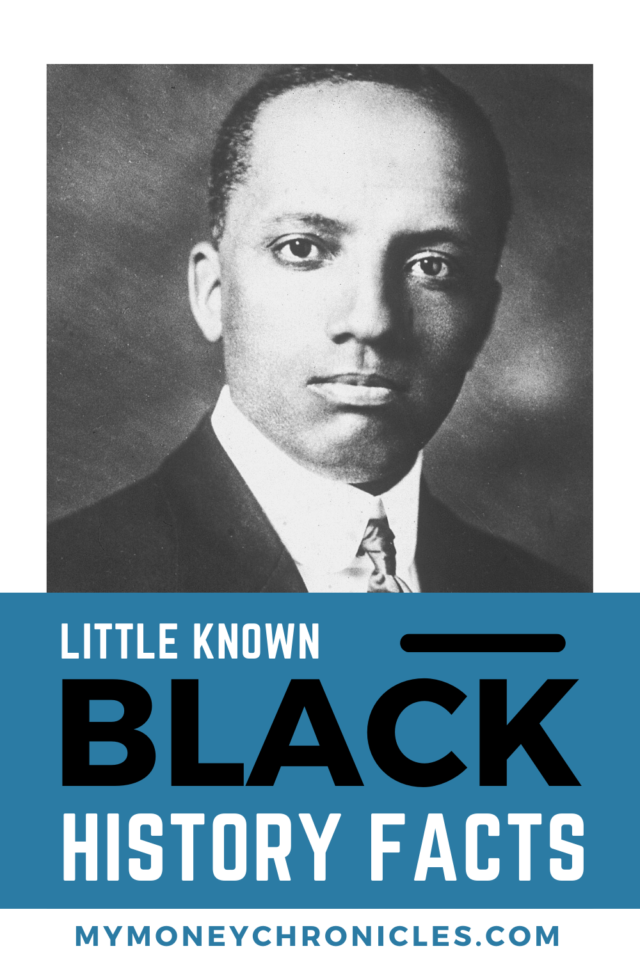 Can you believe that it is already February? February is Black History Month. Black history is something that EVERYONE should know about. It’s American history. There are a lot of little known black history facts out there. It’s a shame you won’t find most of this information in many of the history books. I have readers from all different walks of life. This post is to enlighten and educate everyone about things that you may not have known about.

The celebration of Black History Month began as “Negro History Week,” which was created in 1926 by Carter G. Woodson, a noted African American historian, scholar, educator, and publisher. It became a month-long celebration in 1976. The month of February was chosen to coincide with the birthdays of Frederick Douglass and Abraham Lincoln.

Alfred L Cralle invented the ice cream scoop. He received a patent for his invention on February 2nd, 1897.

In 1940, Hattie McDaniel was the first African American performer to win an Academy Award and an Oscar—the film industry’s highest honor—for her portrayal of a loyal slave governess in Gone with the Wind.

Satchel Paige was the oldest rookie to play in the MLB at 42 years old. He once drew a crowd of over 75,000 people.

While Rosa Parks is credited with helping to spark the Civil Rights movement when she refused to give up her public bus seat to a white man in Montgomery, Alabama in 1955–inspiring the Montgomery Bus Boycott— the lesser-known Claudette Colvin was arrested nine months prior for not giving up her bus seat to white passengers.

Shirley Chisolm survived three assassination attempts during her campaign for the 1972 Democratic nomination for the U.S. presidency.

The Buffalo Soldiers were the all-black regiments in the US Army. They were created in 1866.

Here’s some history about The Buffalo Soldiers

Isaac Burns Murphy was the first person to win three Kentucky Derbies. He was inducted into the National Museum of Racing’s Hall of Fame in 1956.

Check out some of her work below

Of the 12.5 million Africans shipped to the New World during the Transatlantic Slave Trade, fewer than 388,000 arrived in the United States.

Harriet Tubman was an escaped enslaved woman who became a “conductor” on the Underground Railroad, leading enslaved people to freedom before the Civil War, all while carrying a bounty on her head. But she was also a nurse, a Union spy, and a women’s suffrage supporter. Tubman is one of the most recognized icons in American history and her legacy has inspired countless people from every race and background.

Read more about the icon below

The iconic cartoon character Betty Boop was inspired by a Black jazz singer in Harlem.

Wally Amos is the creator of Famous Amos cookies.

Frederick Douglass sits in the pantheon of Black history figures: Born into slavery, he made a daring escape north, wrote best-selling autobiographies, and went on to become one of the nation’s most powerful voices against human bondage. He stands as the most influential civil and human rights advocate of the 19th century.

Learn more about Frederick Douglas below

Garrett A. Morgan created a traffic signal. He sold it to General Electric.

Lonnie Johnson is an engineer and inventor. He holds over 80 patents. He is most known for creating the super soaker water gun.

Malcolm X was an African American leader in the civil rights movement, minister and supporter of black nationalism. He urged his fellow black Americans to protect themselves against white aggression “by any means necessary,” a stance that often put him at odds with the nonviolent teachings of Martin Luther King, Jr. His charisma and oratory skills helped him achieve national prominence in the Nation of Islam, a belief system that merged Islam with black nationalism.

Get a better undestanding of Malcolm X by checking out the book below.

Hiram Rhodes Revels was the first African American ever elected to the U.S. Senate. He represented the state of Mississippi from February 1870 to March 1871.

Benjamin Banneker was credited with helping to design the blueprint of Washington D.C.

Allensworth is the first all-Black Californian township, founded and financed by African Americans.

John Mercer Langston was the first black man to become a lawyer when he passed the bar in Ohio in 1854.

Janet Emerson Bashen is the first African-American woman to hold a patent for a software invention.

Dorothy Dandridge was the first African American to be nominated for an Academy Award for Best Actress.

Thelonious Monk was one of the greatest jazz composers and a strong leader in the jazz revolution.

For more info about Thelonious Monk, click the image below.

Here’s a DVD about Dr. WIlliams

Katherine Johnson, Mary Jackson, and Dorothy Vaughan were the women behind the NASA space race.

Here’s a movie about their story.

Harriet Wilson is the 1st African-American to publish a novel in 1859.

The Harlem Hellfighters spent 191 days in the trenches during World War I, more than any other American unit.

Learn more about the Harlem Hellfighters below

Greenwood is a neighborhood in Tulsa, Oklahoma. The community was known as Black Wall Street. It was one of the most successful and wealthiest black communities in the country. Unfortunately, the worst race riot in this country’s history happened there as well. Here are some links about ‘The Black Wall Street.”

It sucks that I didn’t learn the majority of these facts while I was in school. Many of these are truely little known black history facts that no one knows about. I’m in my thirties, I can guarantee the younger generation doesn’t know this stuff either.

Did you already know any of these facts? Have you ever heard of Black Wall Street before? What other little known black history facts do you know? 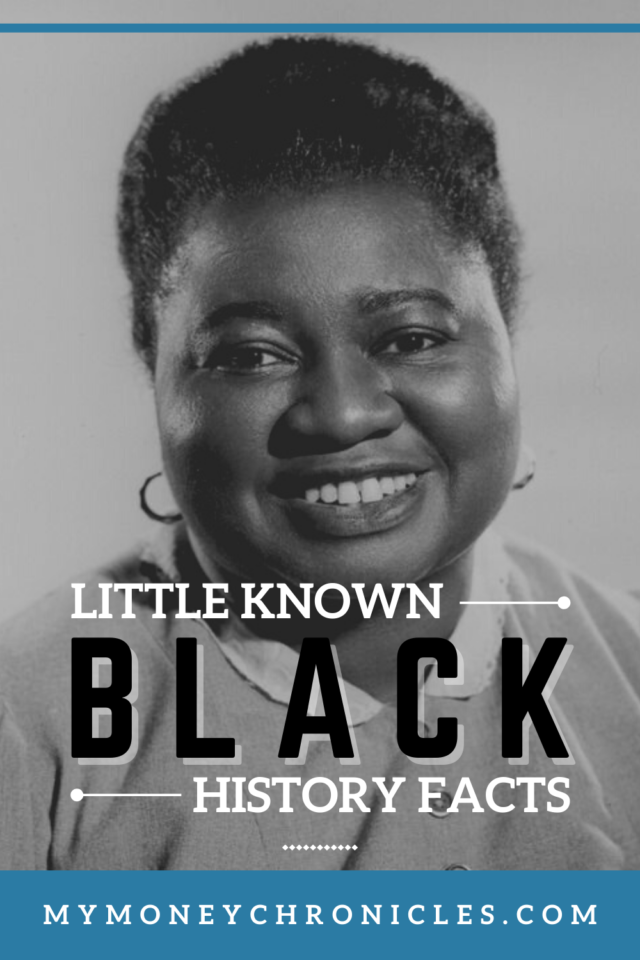 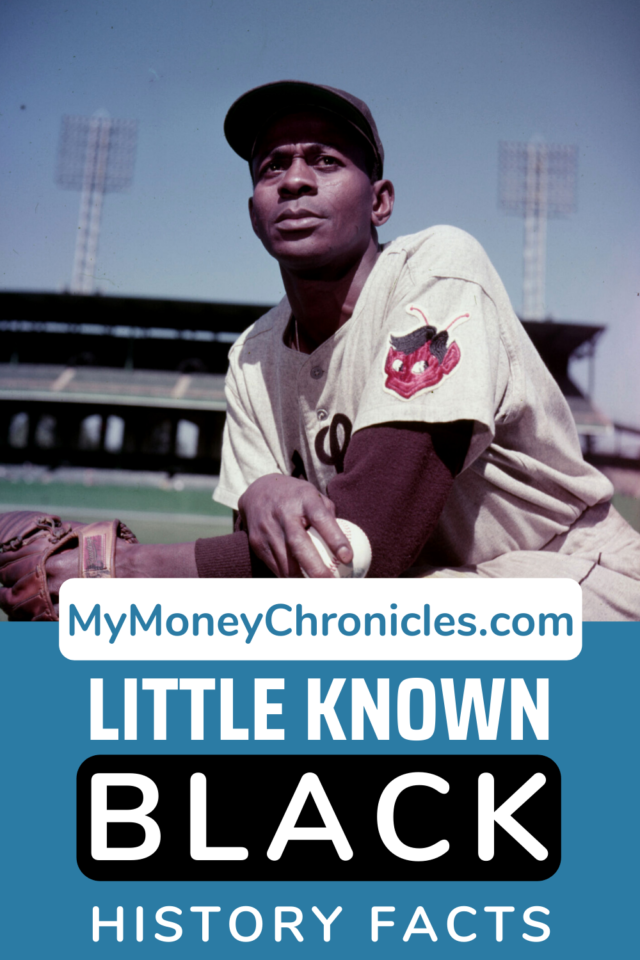