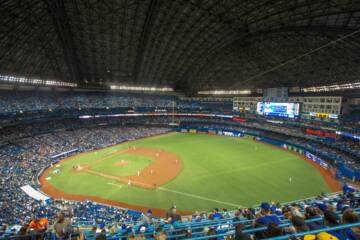 Learn more about the game here.

The Australian Open is a tennis tournament held annually in Melbourne. It is the first of the four Grand Slam tennis events held annually. It will start on Monday, January 16th, and end on Sunday, January 29th.

Each January, the world’s best winter athletes descend upon Aspen. The Winter X Games have been happening for over 20 years. The competitions are skiing, snowboarding and snowmobiling.

The AFC Championship Game is the annual American Football Conference championship game (AFC) and one of the two semi-final playoff games of the National Football League (NFL).

Get tickets to the games here.

The Super Bowl is the championship game for the National Football League (NFL) to determine the league champion. The Super Bowl is in a different city each year. It has been in cities such as New Orleans, Miami, and Atlanta. In 2023, it will be in Glendale. It will be the fourth Super Bowl hosted in the Phoenix Metropolitan area. 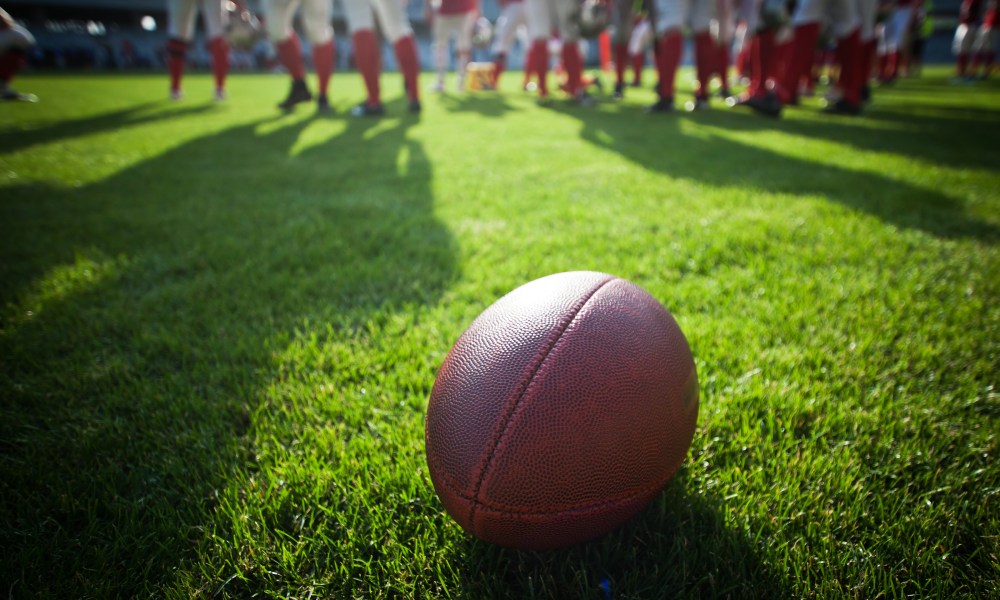 The National Basketball Association All-Star Weekend is a weekend festival held every February during the middle of the NBA regular season. It features the All-Star game, the 3-point contest, the dunk contest, and more. In 2023, the event will be hosted by the Utah Jazz at Vivint Arena. It will be the 30th anniversary of their first All-Star game. If you are an NBA fan, this event should be on your sports schedule.

Televised by TNT for the 21st year

Get more information about the NBA All-Star Weekend here.

The Winter Olympic Games is a major international multi-sport event held once every four years for sports practiced on snow and ice. Beijing was the host city for the 2022 games. There were 109 events.

The Winter Olympics are typically held in February.

The Winter Paralympic Games is an international multi-sport event where athletes with physical disabilities compete in snow and ice sports. The last winter paralympic games (March 2022) featured a record 109 events across 15 disciplines.

More info about the Winter Paralympics can be found here.

The Major League Soccer (MLS) is a men’s professional soccer league sanctioned by the United States Soccer Federation, which represents the sport’s highest level in the United States. The MLS season usually starts at the end of February and ends in October.

For more info about the MLS, go here.

The National Hockey League All-Star Weekend happens in February. It includes the all-star game and more. For 2023, it is scheduled to be held at the FLA Live Arena in Sunrise, Florida.

For more info about the NHL All-Star Weekend, go here. 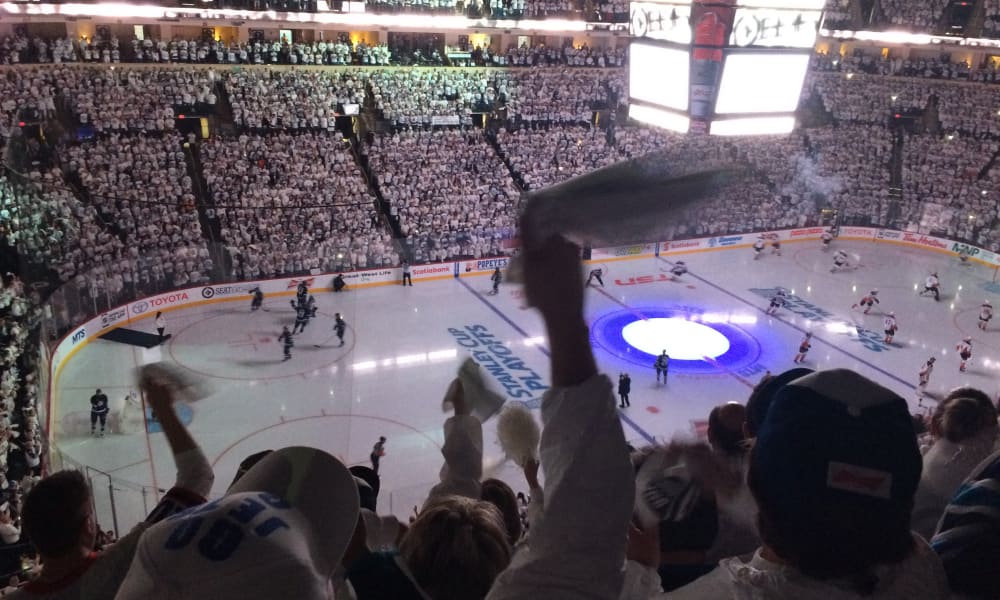 The World Baseball Classic is one of the two main senior baseball tournaments sanctioned by the WBSC, but the only one that grants the winner the title of “World Champion.”

Get more info about the World Baseball Classic here.

March Madness is the Men’s & Women’s NCAA Basketball Tournament. It starts with 68 teams. The 2023 Men’s NCAA tournament for March Madness begins with the first four games in Daytona, Ohio, and continues to the 2023 Final 4 in Houston.

The women’s NCAA Basketball tournament will end in Dallas, Texas.

The final four are men’s and women’s NCAA basketball tournament rounds. The Men’s final four will be happening in Houston for the fourth time, which marks the 40th anniversary of the University of Houston.

Get tickets to the Final Four here.

The 2023 Major League Baseball season is scheduled to begin on March 30th, with the regular season planned to end on October 1st. 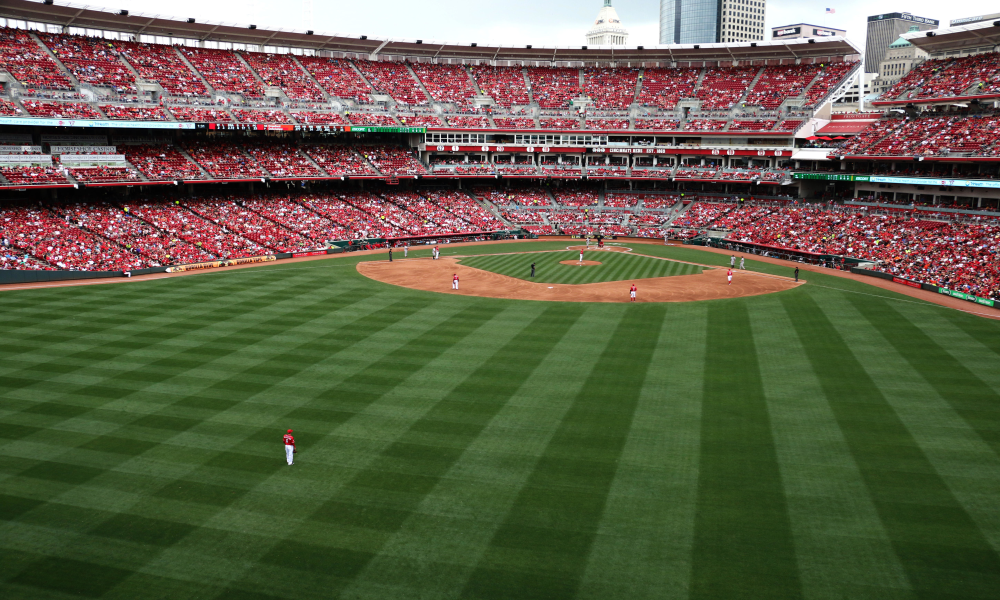 The Masters is the first of the four major golf tournaments, the most prestigious and challenging for professional golfers. It’s been held annually since 1934 from Thursday through Sunday during the first full week of April.

Learn more about The Masters here.

The NBA playoffs are the postseason tournament of the National Basketball Association, held to determine the league’s champion. Eight teams from the Eastern & Western conferences play each other.

Get tickets to the NBA Playoffs here.

Held on the first Saturday of May, the Kentucky Derby is the first leg of the Triple Crown and offers the largest purse of any thoroughbred race at $2,000,000. It is considered one of spring’s most highly anticipated sporting events.

The PGA Championship is an annual golf tournament conducted by the Professional Golfers’ Association of America. It is one of the four men’s major championships in professional golf. It will return in 2023 to Oak Hill Country Club in Rochester, New York.

The Women’s National Basketball Association, aka the WNBA, starts in May. The Las Vegas Aces are the most recent champion.

Learn more about the WNBA here.

The Indy 500 is an annual automobile race held at Indianapolis Motor Speedway in Speedway, Indiana, United States. The event is traditionally held over Memorial Day weekend, usually the last weekend of May.

Learn more about the Indy 500 here. 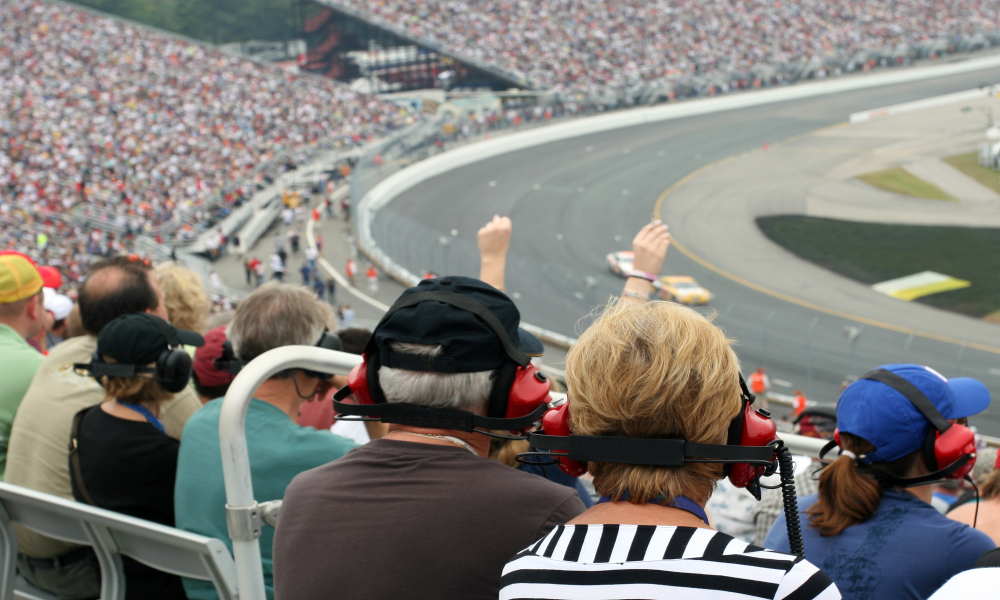 The French Open is the premier clay court championship in the world and the only Grand Slam tournament played on clay courts. It is played in Paris, France.

The Monaco Grand Prix is a Formula One motor racing event held annually on the Circuit de Monaco. It is usually held on the last weekend of May and is known as one of the largest weekends in auto racing.

Get your NHL gear below.

The NBA Finals is the annual championship series of the National Basketball Association (NBA). The team that wins the series is awarded the Larry O’Brien Championship Trophy.

Get your NBA Finals tickets here.

The World Cup is an international association football competition contested by the senior men’s national teams of the members of FIFA. The championship has been awarded every four years since the inaugural tournament in 1930. The World Cup is usually held in the summer. This year (2022), the event will be held in Qatar in November.

The US Open Tennis Championships is a hardcourt tennis tournament held annually in Queens, New York.

Learn more about the US Open here.

The Prefontaine Classic is the premier track and field meet in the United States and is usually held in Eugene, Oregon, in June.

The USA Outdoor Track & Field Championships (USATF) is an annual track and field competition organized by USA Track & Field, serving as the American national championship for the sport.

The Tour de France is one of the world’s biggest annual sporting events. Generally held in July, the event sees nearly 200 cyclists race over 2,000 miles in just 23 days.

The Wimbledon Championship is the oldest tennis tournament in the world and is widely regarded as the most prestigious. It is played on outdoor grass courts during July.

The MLB All-Star Game (also known as the “Midsummer Classic”) is an annual game played between the all-stars from the American League (AL) and National League (NL). The 93rd All-Star game is scheduled to be Played on July 11th, hosted by Seattle Mariners.

Get your MLB jerseys below.

The WNBA All-Star Game is an annual exhibition basketball game played in the United States between the best players of the Western and Eastern Conference of the Women’s National Basketball Association (WNBA).

The Summer Olympic Games is an international athletic competition featuring multiple sporting events, with athletes from all over the world representing their own countries. The next summer Olympics will be held in Paris, France.

Learn more about the Olympics here.

The FIBA Basketball World Cup is a tournament in which 32 teams compete. It is held every four years.

The next FIBA Basketball World Cup will be held from August to September 2023.

The U.S. Open is a golf championship held in the United States. The next U.S. Open will be at Los Angeles Country Club.

Get tickets to the kickoff games here. 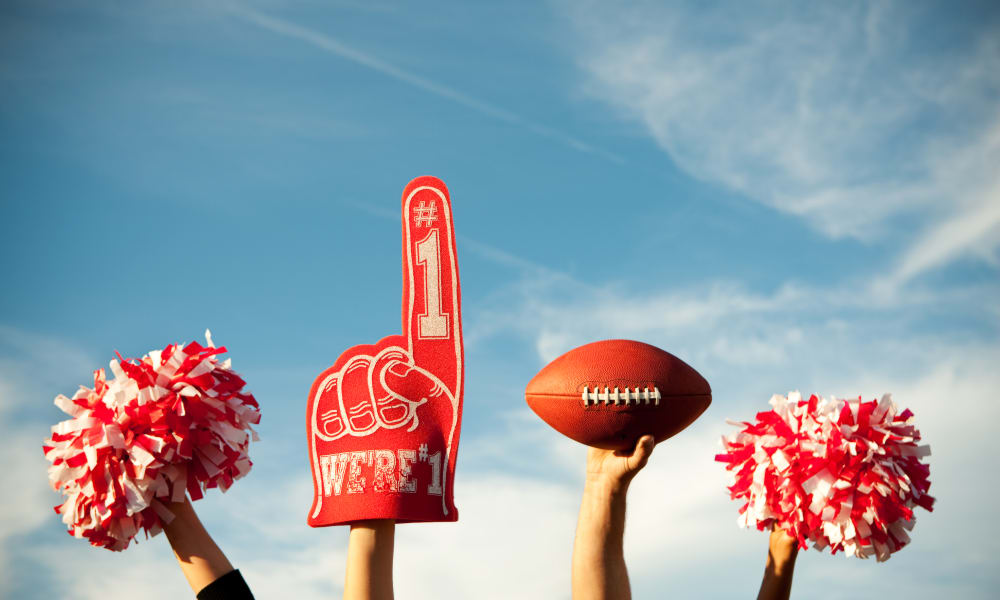 The National Football League kickoff game (marking the official start of the NFL regular season) is usually held during the first week of September.

Get tickets to the Week 1 game here.

The WNBA Finals are usually held during the last week of September.

Get tickets to the WNBA Finals here.

The MLB playoffs start in October. It features teams from the American League and the National League.

Get your MLB gear here.

The National Hockey League season starts during the first week of October. This year, the NHL season began on October 7th, 2022.

Get your NHL tickets here.

Get your NBA gear below.

The MLS Cup is the annual championship game of Major League Soccer (MLS) and the culmination of the MLS Cup Playoffs. The game is usually held in late October.

Get your MLS gear here.

Get your World Series tickets here.

The NFL has been playing games on Thanksgiving for decades. It’s an American tradition.

This year’s NFL Thanksgiving games are:

Get tickets to the games here.

Since 2002, NASCAR’s top three racing series have closed their season with a weekend designed to crown each series’ champion, officially known as NASCAR Championship Weekend. This year (2022), the NASCAR Cup Series Championship race is on Sunday, November 6th.

The National Collegiate Athletic Association season is scheduled to start on November 8th, 2022.

Get your NCAA Basketball gear below.

Tons of NCAA football bowl games are scheduled during this time. The bowl games are primarily played by NCAA’s Division I Football Bowl Subdivision teams. They will begin this year (2022) on Friday, December 16th.

The College Football Playoff (CFP) is an annual postseason knockout invitational tournament to determine a national champion for the National Collegiate Athletic Association (NCAA) Division I Football Bowl Subdivision (FBS), the highest level of college football competition in the United States. It is usually held in December or January. The 2023 CFP national championship will be played at 7:30 p.m. ET on Monday, January 9th, 2023, at SoFi Stadium in Inglewood, California.

Get your NCAA gear below.

Professional boxing happens at different times during the year. The major sanctioning bodies are the IBF, the WBA, the WBC, and the WBO.

The Ultimate Fighting Championship is an American mixed martial arts company. Dana White is the president. There are UFC events held all over the world.

We hope that this list of sporting events has been helpful. If you have a sports bucket list, you can choose some events from this list to attend.