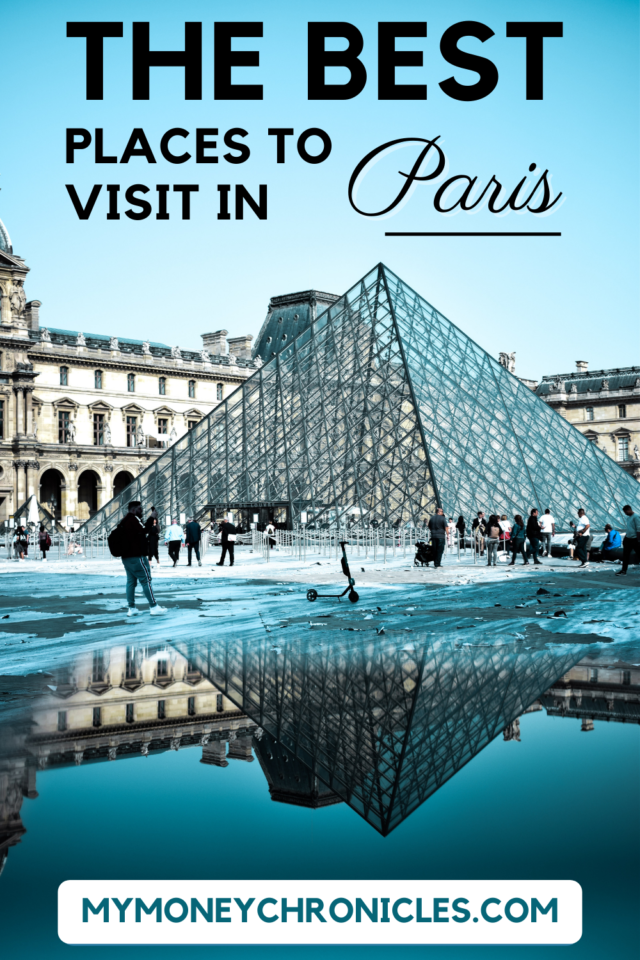 Paris is a popular tourist destination for all types of tourists, and it is also called the City of Lights. The city attracts millions of tourists annually and features grandiose monuments such as Arc de Triomphe, Eiffel Tower, museums, and so on. The city has a romantic charm and is filled with many activities you can try out. In this post, I’ll go over some of the best places to visit in Paris.

Best Places to Visit in Paris

First up is The Louvre. This is the largest and the most visited art museum in the world, it started out as a medieval fortress before it was then converted into a gallery where artists can study antiquities and works of Old Masters in 1700. The museum houses antiquities from diverse world cultures and a collection of Baroque and Renaissance art which makes it one of its kind. Some of the top attractions to see there are the Mona Lisa by Leonardo da Vinci, Liberty Leading the People by Delacroix, Portrait of Francois I by Jean Clouet, and so on. Make sure you give yourself ample time to check out the exhibits because there may be a crowd.

This tower is among the top attraction in Paris not to miss while in the city. The tower was constructed in time for the 1889 World’s Fair. The Eiffel Tower was also the tallest structure in the country before Millau Viaduct was built in 2004. The tower attracts millions of tourists every year, and many new landmarks are coming close to the tower. The first two levels are filled with shops and restaurants. You can see magnificent views on the third level. There are a lot of photo opportunities around the tower as well.

You can see many of these destinations by signing up for the Paris Open bus tour. It’s a hop-on, hop-off tour. You can take your time checking out each attraction. Get more info about the tour here.

This is the largest and also the most popular palace in the world. You will be amazed by the sights here. You will need a lot of time to enjoy all the palace has to offer, like its enchanting apartments with the historic Hall of Mirrors that links them. Some of the best places to see while you are here are the Grand Canal, Royal Opera House, Grand and Petit Trianon, Neptune Basin, and the Hameau de la Reine. I had never heard of this place before I visited, but I thoroughly enjoyed it. There are also gardens on the property. Make sure you check them out.

Next up on the list of best places to visit in Paris is the Arc de Triomphe. This arc can be found on Place de l’Etoile, located in the western part of Champs-Elysees. The monumental arch was constructed to celebrate the victories and also as a memorial for the people that died during the French Revolutionary and Napoleonic Wars. The arc features a façade carved with reliefs of key episodes from the 1790s and 1800s, such as the Fall of Alexandria and the Battle of Austerlitz. You will also find pillars filled with sculptural groups; the names of military leaders are also written on the pillars, while those dead are underlined. Make sure that you check out this monument when you visit the city of Paris.

I couldn’t come to Paris without visiting Disneyland. If you’ve been reading this site for a while, you know that I’ve been a fan of Disney since I interned at Disney World in 2004. Disneyland is located about 40 minutes from the center of Paris. You can get there easily using the Paris Metro. It is a family-friendly attraction where your kids will get the chance to meet Mickey and their favorite movie characters. Also, you can go on thrilling theme rides. You can also head to the Walt Disney Studios Park, a separate park with your older kids, and you will get an insight into the moviemaking business as you enjoy stunt shows with high production values.

Get Your Disneyland Paris Tickets Here

This boulevard was once a desolate field of marshland until the 16th century, when it was landscaped by Andre Le Notre. The boulevard comprises two parts, and it features Rond-Point des Champs-Elysees as its intersection. In the lower part, you will find a spacious park and Petit Palais fine arts museum that you can explore. While the upper part is dotted with hotels, cafes, luxury shops, cinemas, restaurants, and theatres that you can explore.

This garden can be found in the 6th arrondissement and it is both local and tourist hotspots. The garden was built for the Luxembourg Palace at the start of the 17th century by Marie de’ Medici. The garden is a great escape from the hustling and bustling of the city while relaxing amidst the formal lawns and gravel paths. Also, the garden is surrounded by over 100 statues and the highlight is the series for 20 French queens and illustrious women that was commissioned in 1848 by Louis-Philippe. Some of the top places to visit here are the orchard with rare apple varieties, apiary, and numerous greenhouses. You should also make sure you visit the Medici Fountain which dates back to 1630.

This is one of the best attractions in Paris. The Notre-Dame de Paris is a world-famous Catholic cathedral. It is one of the most recognized symbols of Paris. Notre-Dame is currently closed due to a fire that happened in April 2019. They have vowed to renovate and reopen it. When they open it, you can add it to your list of the best places to visit in Paris.

When you visit Paris, you may want to take a day trip to another city or country. While in Paris, I took a trip to Brussels, Belgium. The train ride was less than 2 hours. In Brussels, I saw a couple of attractions.

I enjoyed my time in Paris and my day trip to Brussels. Believe it or not, I enjoyed Paris a little more than London. I plan on visiting again in a couple of years.

What’s on your list of best places to visit in Paris?

Trafalgar has information about destinations and tours. They have plenty of deals and will ensure you get the best bang for your buck. Trafalgar will make sure that you see good tourist spots. 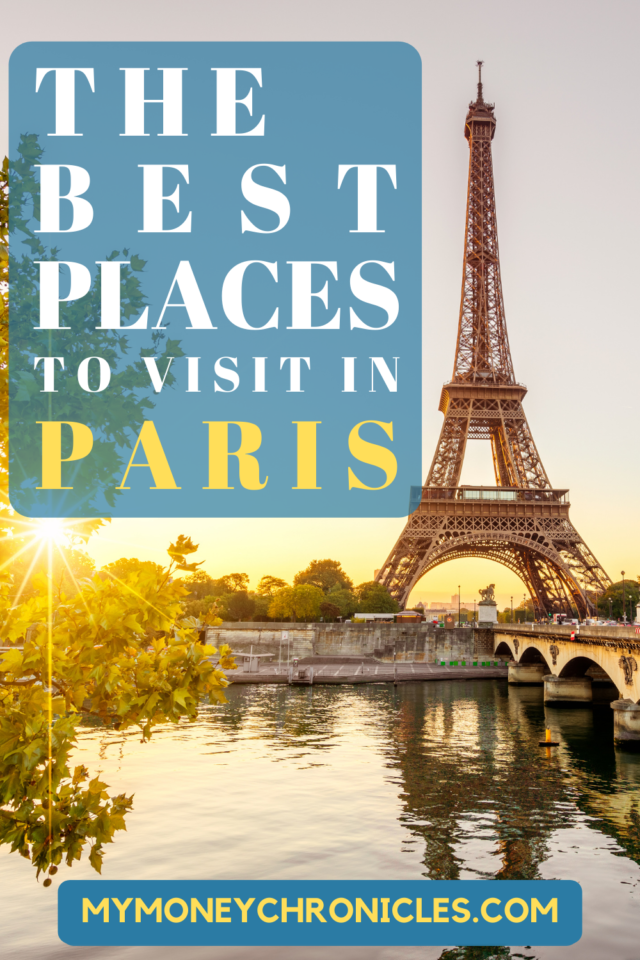