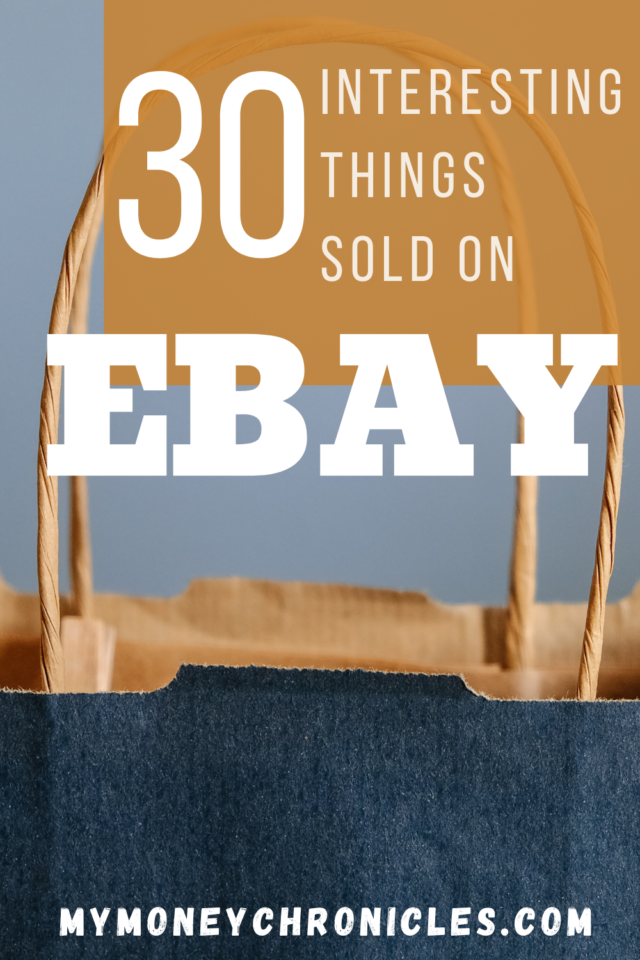 I sell a lot of sports-related items on eBay because that’s one thing that I know a lot about. I love sports. Because of that, I know what people like to buy. I also sell a lot of other stuff including board games and coffee mugs. You’d be surprised at what people buy and sell on eBay. Today, I want to share with you 30 interesting things sold on eBay. A few of them may shock you.

Vintage boomboxes seem to be a good selling item. Some people like to collect them. Other’s use the boom boxes as props for movies or plays. The one in the picture above sold for $450. That’s a very good flip.

Teas instrument calculators sell for a decent amount of money. I’m not sure what the retail is for this one, but it sold for $40.

Chicago Stadium was the home of the Chicago Blackhawks and Bulls up until 1994. It’s been closed for 24 years, but I guess the nostalgia lives on. This chair sold for $150.

Someone purchased a half-eaten thing of potato chips. I do see that the listing benefits charity, but it’s still weird to me.

The Clermont Lounge is a famous adult establishment in Atlanta. There was originally a hotel within the building, but it closed (It was recently renovated and just opened). The picture above shows that someone paid $6700 for the original hotel sign. I wish I could find a sign that would sell for that much.

This one right here is for my drinkers. If you drink Crown Royal and have been throwing the bags away, you may want to hold on to them. This set of six bags sold for $50.

Toilet paper tissue rolls sell on eBay fairly well. They can be used for projects in arts and crafts classes. The lot of 100 sold for $18. That’s not a lot of money, but it’s better than just throwing them out. It may take a while to save 100 rolls, but if you’re patient, it may be worth it.

Next up on the list of interesting things sold on eBay are liquor bottles. People are actually buying empty liquor bottles. I’m really not sure why. Maybe they use them as props or something. I can’t see people making too much money from them. You can get a bottle from the liquor store and save it once the liquor is finished.

Expired film is another interesting item that sells on eBay. Some people still use older cameras. Even if the film is expired, it still may work. This lot sold for $45. They probably just had it sitting around their house.

I have no words for this one. First, who would come up with the idea to sell a fart in a jar? Second, who would purchase it? This is another one of the weirdest items to sell on eBay. Hopefully, it was just a joke.

Gold teeth are not one size fits all. I’m shocked that someone paid $400 for a top and bottom grill. Who knows if it’s even real gold?

The next item on the list is a haunted doll. It sold for $20. I wonder how the seller knows it’s haunted. Did it make their lights flicker? Did their bedroom door open or close by itself? I also have questions about the buyer. Why would you want something like that in your home? I’m all about positive vibes. Having something haunted would negate that.

I know that people brought trucker hats, but look at what this John Deere hat sold for. I could do a lot with $880 bucks. The person that paid for the hat is probably a vintage hat collector or something.

This one is a little wild to me. Someone sold some KKK sheet music for $75. A composer could have purchased it for an upcoming movie or something, but who knows? 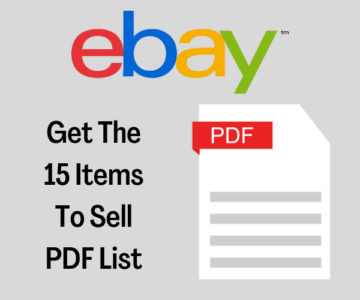 The next item is a charger and cable lot. It sold for $12. I have a lot of extra chargers and cables around the house. I need to list them.

Someone actually purchased this shit, no pun intended. This is another item that has me thinking, WTF. I wouldn’t try to sell manure. That’s just nasty.

I started selling board games last year. This collector’s edition version of Monopoly did very well. I find new board games in the thrift stores from time to time, but they aren’t like this one. That was a fantastic flip.

The Motorola Razr phone is the reason that I didn’t purchase a Motorola brand phone for over seven years. At the time, the Razr was one of the hottest phones on the market. After a while, they became trash. After my fourth one in less than a year and a half, I was done with them. I’m shocked that someone paid $40 for that horrible phone.

Athlete autographs can sell for a decent amount of coin depending on who it is. Someone purchased this OJ Simpson signature for $20.

Neon signs sell pretty well. The Pabst (PBR) sign sold for $379. With items, I’d only do local pick-up. Trying to ship it would be a pain.

Working in a bank allowed me to see some unique money from time to time. I even got a chance to swap my money for a few bills. This red seal $5 bill sold for $51.

I typed in the word dirt and this popped up in the sold section. I’m not sure if people are actually eating it or not. What shocks me the most is that 13 packages of it have been sold.

Some of my friends are games. I haven’t played a video game in probably ten years.  PlayStation and X-Box are two of the popular consoles, but this classic Super Nintendo sold for $680.

If you’ve seen the movie Home Alone 2, then you know what a Talkboy is. It was one of the hottest toys around after the movie came out. Apparently, it’s still hot because this one sold for $167.50. I wish I still had my old one. I would have listed a long time ago.

Vintage Tampons are another interesting item that sells on eBay. This is another thing that people can use as props in movies. This pack of tampons from the 1980’s sold for $24.

This used upper denture sold for $40. I’m not even going to attempt to figure out this one.

Just like the vintage tampons from earlier, the vintage pampers are probably used for movie props. This package of pampers from 1987 sold for $911. It had 62 bids meaning that it was a very popular item.

Some people have some weird fetishes out there. Buying worn panties has to be one. I’m not sure why anybody would buy those. This pair, supposedly from Selena Gomez sold for $49.

As you can see, people will buy anything. This list of thirty interesting things sold on eBay was an eye-opener for me. I knew people were into weird things, but a couple of them were just nasty.

What is one of the most interesting things sold on eBay that you’ve seen? 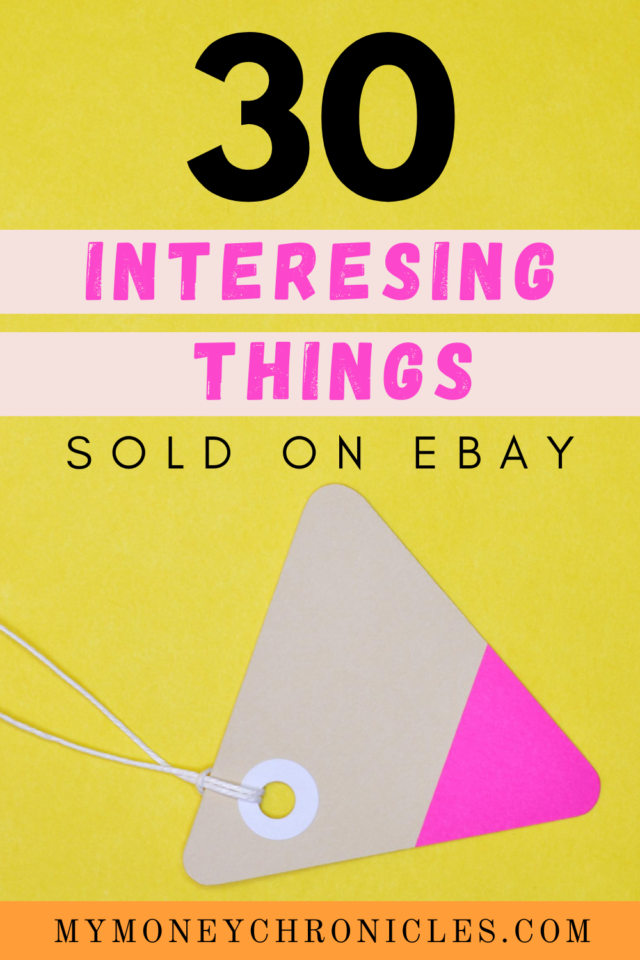 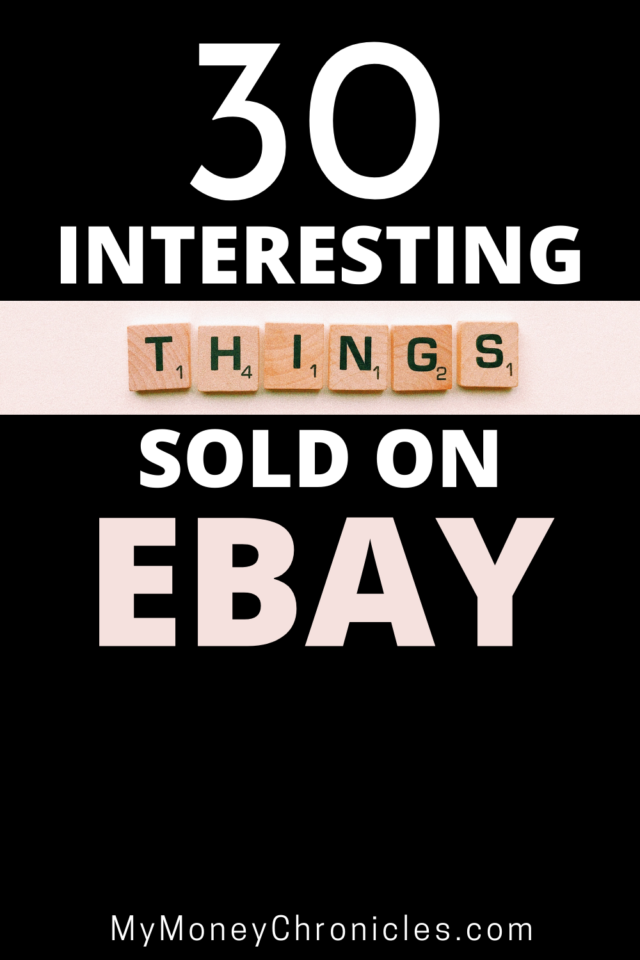