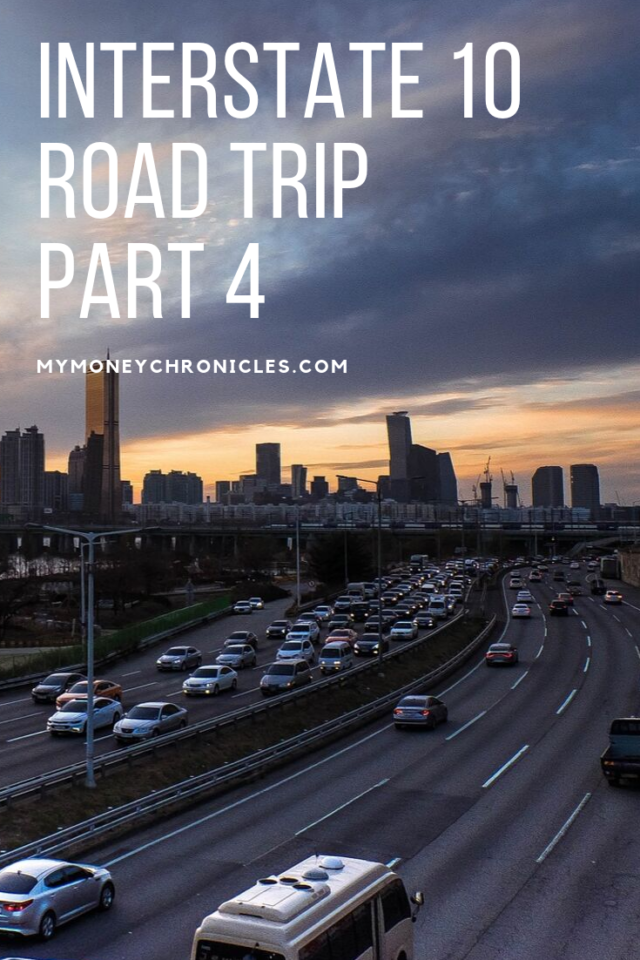 We finally got to California during the I-10 road trip. The drive was pretty easy on day 10. It took us 5.5 hours to get to Los Angeles. We left Phoenix at 5:30 am because we had to be in L.A. before noon. There was an inspection station at the California state line. Nobody was in there working, though. We also didn’t see any cops on the interstate in west Arizona at all. We noticed that east California was very isolated for the 1st hour. The only things around us were cactus, mountains and a few RV’s spread out. We eventually made it to Cali around 11 am. Instead of checking in the hotel we immediately went to the CBS Studios. I had booked 2 tickets to the Price is Right! The process took about 5 hours but it was totally worth. I can’t say much but make sure you tune in on November 1st. After we left the CBS Studios we drove I-10 until it ended near Santa Monica and we saw the Pacific Ocean. We finally made it coast to coast.

We toured L.A today. We went to Hollywood Blvd, the Walk of Fame, Rodeo Drive and the Beverly Center. The Walk of Fame was cool. There were a lot more stars on the Walk of Fame than I thought would be out there. The Beverly Center reminded me of Phipps Plaza in Atlanta. There were a lot of expensive stores. After that, we went to Venice Beach. Venice Beach was nice. It’s amazing seeing a beach with mountains in the background. We then made our way to the Santa Monica Pier. They had a free concert going on. The shops and the restaurants were lit up looking nice. L.A. is a very diverse city. I enjoyed that a lot. We decided to go to downtown L.A. We had the chance to see the Staples Center. I took pictures of the Magic Johnson, Kareem Abdul-Jabbar, Jerry West and Wayne Gretzky statues. The team store was open at the Staples Center so we decided to check it out. They had Lakers jerseys everywhere. I didn’t see anything Dwight Howard related at all lol. They must have already burned them.

Dodger Stadium was next on our list. They were playing the Rockies that evening. Out of the three stadiums that we have been to on the trip, Dodger Stadium had the best fan participation. I have to come back to L.A. and see the Braves play the Dodgers one day. Dodger fans love and support their team. Dodger blue was everywhere.

Day 13 was the last full day in Los Angeles. We decided to do a bus tour of the city. The tour was pretty good. We had the chance to see some of the stars mansions. Some of the mansions we saw were Cee-Lo Green, Bruno Mars, Rick Rubin, Lucille Ball and Dr. Phil. We also went to Beverly Hills, Rodeo Drive, and West Hollywood. They were interesting places, to say the least especially West Hollywood. Later on, that evening we went to the Venice Beach Boardwalk. The Boardwalk was different. There were vendors selling everything from shirts to posters to medical marijuana. There were also different types of people out there. Some were performers. Others were just plain weird. Another thing that surprised me was the temperature. It was 67 degrees out there in July. That’s crazy.

Flight back to Atlanta

It was time to go back home. We flew Southwest Airlines back to Atlanta. It was a very smooth flight.  As we got back to Atlanta I thought about the previous 13 days. My girlfriend and I did what people said couldn’t be done. We sacrificed and made it happen. As I am now back in Atlanta I wonder what’s next. I can tell that I have grown as a person. My comfort zone has expanded and I love it. The I-10 road trip was a hell of an experience.

My 3 favorite cities on the trip were San Antonio, Tucson, and Los Angeles. Out of 50 states, we saw license plates from 38 states along with Mexico and Canada.

Do you have any questions or comments? Would you complete an I-10 road trip? I would love to hear from you. My next post will be about expenses and tips for a cross-country road trip. It will have the estimated cost and the actual cost of the gas, food, and hotels. 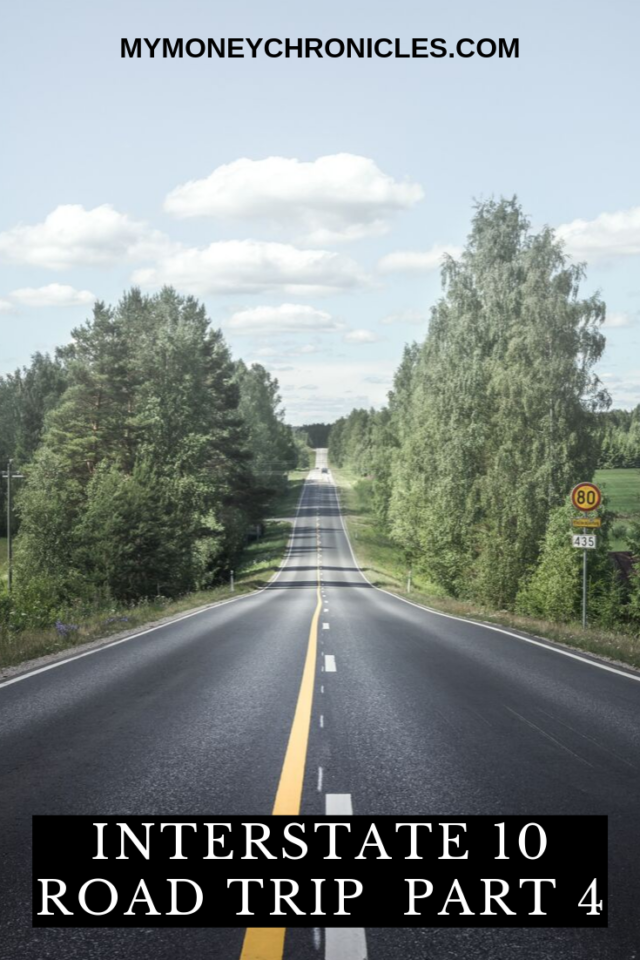