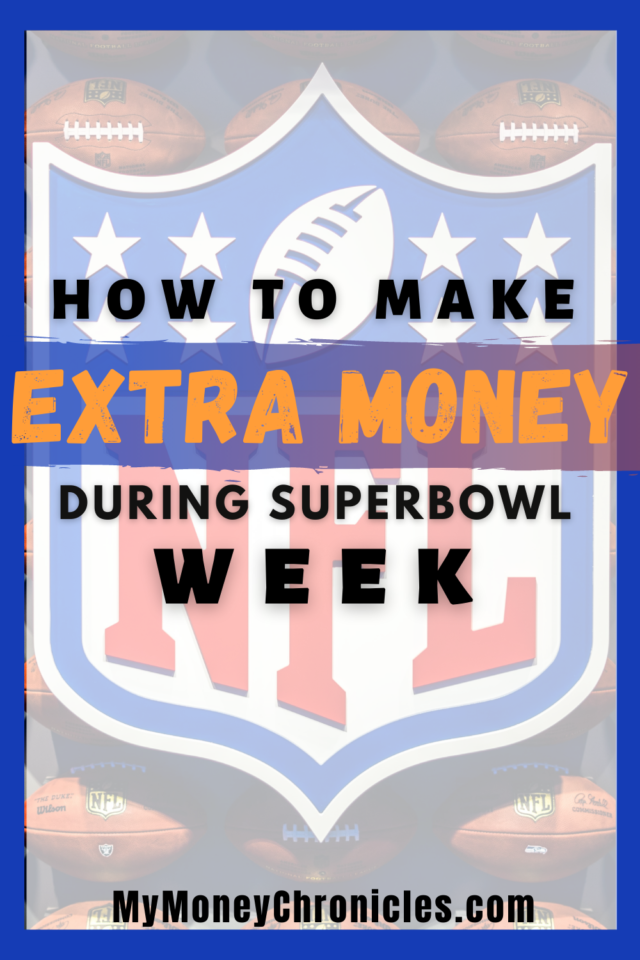 Super Bowl 53 was held in Atlanta, Ga. I was excited about it. The Super Bowl hadn’t been here since 2000. Before that NFL season started, I was hype because I thought my Atlanta Falcons had a legit chance. Unfortunately, they didn’t. Injuries decimated the team.

I still enjoyed the Super Bowl week. Fans from both teams traveled to Atlanta. They brought a lot of money to the city. I started to wonder what I could do to make money during Super Bowl week. Two things came to my mind immediately. They were Uber and Airbnb.

While I love using Uber or Lyft, I’m not the person to drive for either of the companies. I like driving but I’m not a fan of having strangers in my car like that. Also, downtown is going to be packed. It will be very tough trying to get to certain places.

The Airbnb option is interesting. My apartment is about 15 minutes from downtown Atlanta. I thought about renting it out for a day or two, but I decided against it. I probably could have made a decent amount of money doing that too. This person made $2500 in two days listing their apartment on Airbnb in Minnesota during the Super Bowl in 2017. I wanted to see what other people were doing to make money during the Super Bowl week. I put a message on Facebook and Instagram asking people what were some ways that people can make money during the week leading up to the Super Bowl. The answers were interesting. I got a few good ideas from it. In this post, I want to share some of those ideas with you. Hopefully, you can find one that will help you make money during Super Bowl week. It doesn’t matter what city you’re in. These ideas can be done basically anywhere.

The first idea that was left on Facebook status was to sell food. That could work. I know there will be a lot of hungry people out and about in the downtown area. I’m pretty sure that to do this legally, you would need a permit and they are not free. Also, you’d need to have a grill or some kind of fryer to get it done.

Let’s stay on the food topic. Food delivery will be very popular that week. You can sign up with a service like UberEats, DoorDash, and Grubhub. I know tourists will be ordering food to their hotel room at all times of the day and night.

Sell Clear Bags With a Logo

A lightbulb went off when I saw this idea. The NFL has a bag policy. You can’t just bring any kind of bag to stadiums anymore. They have to be certain types. Clear bags are ones that are allowed. If you can get some clear bags and put a logo on them, you may be able to make some decent money.

Next up on the list of how to make money during Super Bowl week is pet sitting. I’m not a big animal person, so it’s not for me at all. If you do like them, post an ad on Craigslist and see what happens. You can also see if your friends have pets or if they know anyone.

You can also try a program like Rover. Go here for more information.

People will want to be out and about during the Super Bowl week. If they have kids, they’ll probably need a sitter. If you have children, this could be a quick way to make money during Super Bowl week.

Even though the Super Bowl is in the winter, I’m sure there will be people selling water and drinks outside the stadium. I’m not sure how much money can be made during this because there may be others doing that as well.

I never thought about this one. You can take pictures for tips. Honestly, I’m not sure if this is a good idea or not. for it to work, you’d have to be posted near a high-traffic tourist attraction.

Hundreds of brands will be in town for the Super Bowl. They will be looking for people to help out as brand ambassadors. I may look into this one. Check Indeed or Craigslist to see what options will be in the area.

I’m conflicted when it comes to this one I love selling t-shirts on the side, but I’ve vowed never to print out a large number of shirts without having guaranteed sales. I’ve lost money doing that before and I refuse to lose money printing shirts again. If you can create a design that you think will truly sell, then this may be a good hustle for you to make money Super Bowl week.

If you’re good at arts and crafts or making things, then you could sell souvenirs. Most of the cities that the Super Bowl is played in is a tourist destination. You can create something that represents the city or the Super Bowl teams and then try to sell it.

Work at the Stadium

The Super Bowl stadium may be temporarily hiring more people for the game. You may be able to work the concessions or clean up the stands after the big game. Check the website of the host stadium for more details.

Turo is an app that allows you to rent your car out to people that are looking to rent vehicles. It is being called the Airbnb of car rental companies. If you have a car that people like, you might be able to make a couple of hundred bucks per day.

If you live near the Super Bowl venue and have a driveway, you could charge people to park there. Parking is always at a premium at big events. The Super Bowl will be no different.

Another good idea that someone left was to pass out advertisements for nearby bars and restaurants. That could help them get more traffic their way. That’s not a bad idea at all.

If you know a lot of people, you can throw a party. People will be looking for things to do. If you can find a venue and a DJ, this option could be quite lucrative.

People left some good ideas on the post. Of course, there were some trolls too. One person said that I should sell some counterfeit Super Bowl tickets. A couple of people said that I could even sell drugs. People are crazy.

If you’re looking to make money when the Super Bowl comes to your city, check out some of these ideas. I’m sure there’s at least one thing here that you can do.

Are you thinking about attending the big game? Click on the image below.

Are there any other ways to make money during Super Bowl week?