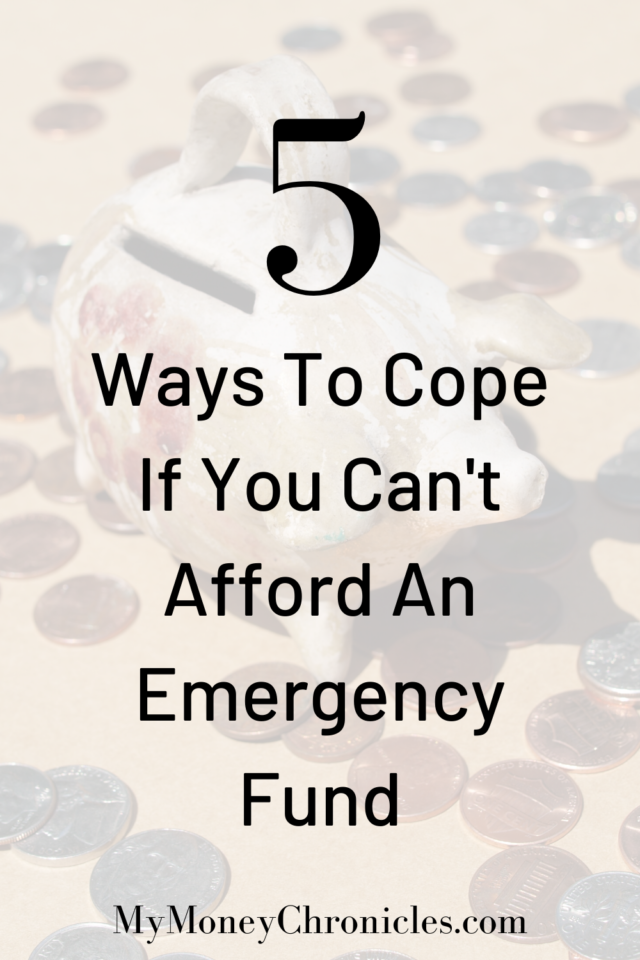 According to the news, our economy has never been stronger. That’s news to you – you work full-time. Your partner does too. And still, you struggle to save money.

Rent is going up. Health insurance premiums are going up. College tuition keeps rising. Food is getting more expensive. And yet, your paycheck stays the same. When you do the math, it’s no surprise you’re among the 40% of Americans that can’t take a $400 hit.

That makes you incredibly nervous. As homeowners, you’re well aware of the things that can go wrong. So far, you’ve been lucky. But what happens when the furnace goes? Or if a pipe bursts? These events (and many others) could send you into a debt death spiral.

In today’s article, we’ll share five ways you can claw your way out of this scary situation.

Get A Home Warranty

If you’ve never heard of home warranties before, you’re far from alone. As recently as 2015, only 4% of American households had them. However, thanks to the drum-tight finances of many Americans, they’re growing in popularity.

There’s more to them than convenience – our housing is beginning to fall apart. Today, the average home in America is 38 years old. Contractors built these houses when Boomers were entering the market. Contractors slapped them up as fast as they could. Mistakes were made. And now, their Millennial offspring, many of whom can only afford resale homes, are struggling with their repair costs.

Consider that the average American spends more than $1,200 per year on emergency repairs. A significant number spend more than that – a LOT more.

Contrast that number against the annual cost of a home warranty plan. Roughly speaking, home warranty plans cost $520/year, less service fees. Assuming three calls per year at $80 a pop, and you’ll spend about $760 annually. Suffice to say, if you own a home that’s 20 years old or older, you’ll come out ahead in the long run.

What if your average repair costs run close to our calculated average? Even then, a home warranty is still worth a look. By having a home warranty, emergency repair costs will cease to be a shock expense. Instead, you’ll pay for them through predictable monthly premiums and service fees.

In other words – no more reaching for the credit card when your fridge dies a week before payday!

Barely making enough to cover your bills is exhausting. Doing it for years on end can be soul-destroying. Especially around the holidays, the temptation to take on debt can get overwhelming.

However, know that taking on a credit card balance is like trying to run with a parachute on your back. Saving up an emergency fund only gets harder if you’re spending your precious cash on debt servicing.

Rather than whip out the plastic, cut unnecessary expenses like cable subscriptions. Why pay more than $100 per month when you can access a world of entertainment on the internet? Use that money to build up an emergency fund over a year, and you’re set!

Are you thinking of taking your side hustle to the next level? While this is a laudable goal, consider your present situation. You have no emergency savings – if your central air unit breaks tomorrow, you’ll have no choice but to go into debt.

Debt, as we discussed above, is like swimming with an anchor tied to your ankles. If you can’t go into your growth phase at 100% strength, you’ll be at a significant disadvantage.

So, take care of your basic security needs first. Take the money you’ve earmarked for your expansion and dump it into your emergency fund. Keep doing that until you have at least $1,000 saved up. With a significant buffer, you’ll be able to proceed with your plans without distraction.

We love vehicles for the freedom they give us. But, let’s be honest with ourselves – they are also horrendous money sinks.

And then, there’s maintenance and repairs. According to the American Automobile Association (AAA), the average American spends almost $1,200 per year maintaining their ride. The same body estimates the average total cost of vehicle ownership to be around $8,400 annually.

Compare that with the cost of public transit. According to Metro Magazine, the price of transit passes in major American cities ranges between $68 to $122 per month. Over a year, you’ll pay between $816 to $1,464 annually to take transit.

At worst, that’s nearly $7,000 less than driving. Yeah, we know – public transit is far from perfect. If you can weather the downsides, though, you’ll be able to find plenty of cash for your emergency fund.

It’s a common fault of many frugality bloggers. In their single-minded obsession to wring blood from a stone, they forget about the other side of the equation.

In your quest to eliminate waste from your finances, be sure to address your inflow as well. If you’re a wage earner, pick up extra hours wherever you can. In some jurisdictions, overtime hours will earn you x1.5 or x2 as much as a regular hour.

If you’re in a salaried position, build yourself a side hustle. A side hustle is a micro-business that allows you to earn extra income on your own time. From selling on Amazon to offering consulting, there is no ceiling on what you could make.

It’s not hard to pull in an extra $500 per month. In a few short months, you’ll have a healthy buffer capable of weathering most emergencies.

You Can Do This

We get it – life is hard right now. But, as they say, tough circumstances make tough people. Don’t listen to anyone who says things are hopeless. Use your head, and you can build up that emergency fund. Not only that, but you can earn more money. In turn, you’ll be able to achieve anything you set your mind to!